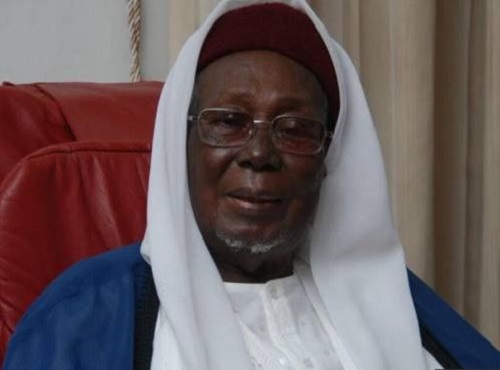 Nigeria Has Lost Another Statesman In Dasuki – Saraki

Yusuph Olaniyonu, Abuja: Senate President, Dr. Abubakar Bukola Saraki, on Tuesday described a former Sultan of Sokoto, Alhaji Ibrahim Dasuki, as a statesman whose impact was felt in many areas of national life during his active days.

Saraki in a statement by his Special Adviser on Media and Publicity, Yusuph Olaniyonu, in Abuja, stated that late Dasuki helped in reforming local government administration in the country and the organization of Muslim pilgrimage to Saudi Arabia. He also played key roles in the area of achieving religious harmony during his days as Secretary General of the Jaamatul Nasir Islam (JNI) Society.

The Senate President commiserated with Hon. Abdulsama Dasuki, a son of the the deceased who is currently a member of the 8th House of Representatives, other members of the immediate family of the late ex-Sultan, the government and people of Sokoto State, the Muslim Ummah and the entire nation over the demise of the late Dasuki.

He described the late ex-Sultan as a peace loving gentleman who worked for the welfare of his people even as he lauded his immense contribution to nation building. Saraki said: “It is noteworthy that during his beneficial lifetime, late Dasuki left his mark as an astute administrator, diplomat, Islamic scholar, educationist and played a pivotal role in unifying the Muslim Ummah through the reorganization of Jama’atu Nasril Islam and the Nigerian Supreme Council of Islamic Affairs(NSCIA). He will be sorely missed.”

While praying to Allah to grant the departed soul a place in Aljanah firdaus, he urged his immediate family and his admirers to be consoled by the worthy virtues of the late elder statesman.