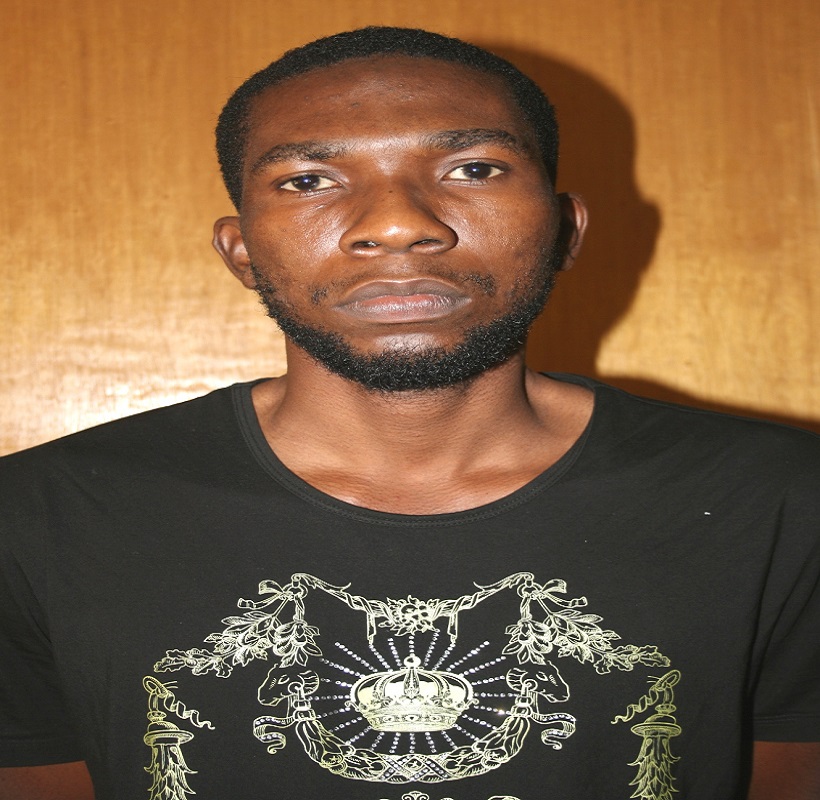 The Economic and Financial Crimes Commission, EFCC, has secured the conviction of a serial hacker, Chidi Onouha, who was brought before Justice Beatrice Iliya of the Gombe State High Court, on a two-count charge bordering on advance fee fraud on Thursday, 17 November 2016.

The Commission’s Head of Media and Publicity, Wilson Uwujaren stated this in a press release made available to the media on Friday, 18 November in Abuja.

The serial hacker Onouha was arrested by the EFCC following a petition by Joseph Goje on June 1, 2016 which alleged that the convict in partnership with his accomplice, Chinedu, currently at large, connived to hack into his GTBank account, and fraudulently transferred N1,560,735 (One Million, Five Hundred and Sixty Thousand, Seven Hundred and Thirty Five Naira).

The fraudsters connived to gain access into his internet banking accessories, his token device, email account, and mobile phone. They blocked his access and used the devices to defraud him of the said sum.

On contacting his bank, Goje, who is studying in the United Kingdom, was informed that his account had been tampered with by an undisclosed third party. Subsequently, he petitioned the EFCC, which immediately swung into action.

The serial hacker was subsequently arrested and charged to court. He pleaded guilty to the charges.

Upon his acceptance of guilt, counsel to EFCC, Israel Akande, urged the court to convict him and sentence him to jail.
However, counsel to the defendant, Abubakar Bormi, asked for clemency, arguing that his 25-year-old client showed remorse in the course of the trial, and had made restitution by refunding the money of his victim. He urged the court to temper justice with mercy.

The trial judge, having found the accused serial hacker guilty of the offence, however, gave consideration to the argument of the defence. She thereafter gave the convict a fine of N100,000 on each of the counts, failure of which he should remain in prison custody.