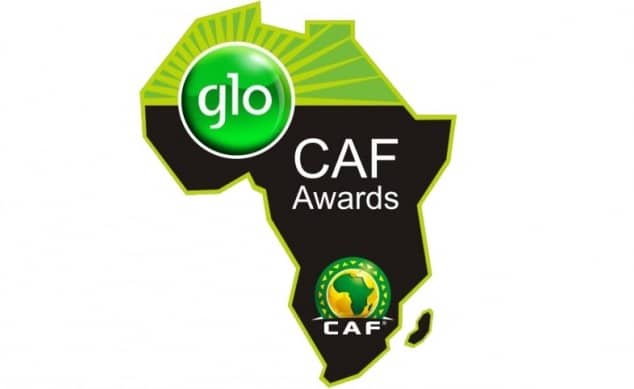 Finally, the top five players selected for the CAF Best Player Awards have been shortlisted.

The top five was decided by votes from the members of the CAF Media Committee, CAF Technical & Development Committee and half of the 20-member Panel of Experts (10 persons).

For the African Player of the Year, they are;

1. Pierre-Emerick Aubameyang (Gabon & Borrusia Dortmund) – Aubameyang was born on the 18th of June 1989). He is a French-born Gabonese professional footballer who plays for German club Borussia Dortmund and the Gabon national football team. He is known for his speed, having clocked 30 metres in 3.7 seconds, and his capability of playing as a forward or a winger.

He is the current holder of CAF’s African Footballer of the Year award, becoming the first Gabonese player to win the award

2. Riyad Mahrez (Algeria & Leicester City) – Mahrez, born on 21 February 1991, is a professional footballer who plays for English club Leicester City and the Algerian national team as a winger.

Mahrez began his career as a youth player for French club AAS Sarcelles. He turned professional in 2009 with Quimper, where he played for only one season before moving to Le Havre, spending a total of three years with them, initially playing for their reserve team and then becoming a first-team regular. In January 2014, Mahrez signed for English side Leicester City, helping them win the Football League Championship and promotion to the Premier League at the end of his first season. In the 2015–16 season he was the Algerian Footballer of the Year, the PFA Players’ Player of the Year, and was a member of the Premier League PFA Team of the Year as he helped Leicester City win the Premier League.

3. Sadio Mane (Senegal & Liverpool) – Mané was born on 10th of April, 1992. He is a Senegalese professional footballer who plays for Premier League club Liverpool and the Senegal national team as a winger.

Having begun his career with Metz in France, he transferred to Red Bull Salzburg in 2012. After winning the Austrian Bundesliga and Austrian Cup in 2014, he was signed by Southampton. In 2015, Mané set a new Premier League record for the fastest hat-trick when he scored three times in 176 seconds during a 6–1 win over Aston Villa. He transferred to Liverpool in 2016 for a fee of £34 million, making him the most expensive African player in history at that time.

Mané has earned over 30 caps for Senegal since his debut in 2012, and represented the national team at the 2012 Olympics and 2015 Africa Cup of Nations.

4. Mohamed Salah (Egypt & Roma) – Salah, born on 15th of June, 1992, is an Egyptian professional footballer, who plays for Italian club Roma and the Egypt national team as a winger.

As well as representing the Egyptian national team since 2011, he also participated in the 2011 FIFA U-20 World Cup and the 2012 Summer Olympics. He won the Swiss Super League in his first season with Basel, and was awarded the CAF Most Promising African Talent of the Year in 2012. In 2013, he was awarded the SAFP Golden Player award for being the best player in the Swiss Super League.

5. Islam Slimani (Algeria & Leicester City) – Slimani, born 18 June 1988, is an Algerian footballer who plays as a striker for Leicester City and the Algeria national football team.

In the final phase, votes from the Head Coaches/Technical Directors of the 54 National Associations affiliated to CAF plus Associate Members, Reunion Island and Zanzibar, together with the other half of the 20-member Panel of Experts (10 persons) will be counted towards the determination of the eventual winners.

The 2016 Glo-CAF Awards Gala sponsored by telecommunication giants, Globacom, will be held on Thursday, 5 January 2017 in Abuja, Nigeria.