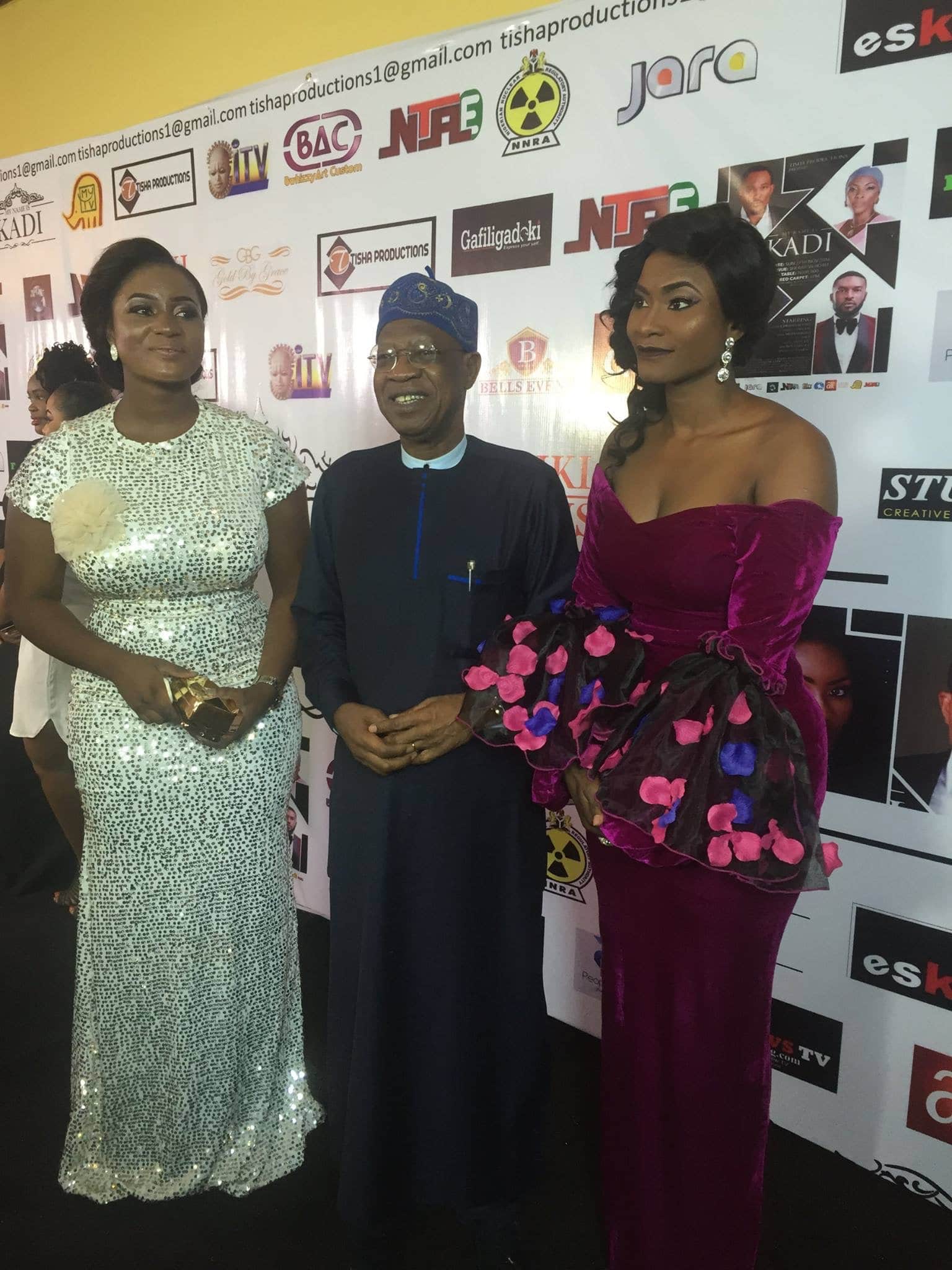 The Minister of Information and Culture, Alhaji Lai Mohammed, has implored Governors to encourage and support movie producers by providing incentives and creating the enabling environment for the Creative Industry to thrive in their respective states.

The Minister made the call in Abuja on Sunday Night at the premiere of the movie “My Name is Kadi.”

“One of the reasons I am here today is that we need to encourage and support the movie industry from whichever part of the country. It’s the same enabling environment that we are going to provide for all of them, but I think the state governments should encourage such film-makers also by giving them access to grants to help them because this could be very expensive. The state governments will also help by establishing cinema houses to show these films,” he said.

Alhaji Mohammed said if properly harnessed through regulatory and legislative framework, the film industry has a huge potential to contribute significantly to the development of the economy.

“The good news here is that the artists, the film-makers, the
musicians have gone far ahead and are today in a domineering position globally,” he said.

The Minister said the government is working with some development partners to provide data and statistics that will encourage the private sector to key into the Creative Industry by investing and making profit.

He however observed that one of the challenges faced by the movie industry in Nigeria is that it’s largely unstructured, hence the government is creating a self-regulatory mechanism through the establishment of the Motion Picture Council of Nigeria (MOPICON) to organise and properly structure the industry.

Alhaji Mohammed decried the proliferation of guilds in the Creative Industry and said such amorphous structure will not augur well for the industry.

On the issue of piracy, he said his ministry and that of Justice are partnering to curb piracy, noting that the punishment for piracy needs to be stringent enough to discourage the unwholesome practice.

“We must protect the intellectual property of our artists. We have laws already in place but there are some people who are of the view that the punishment is not stringent enough,” the Minister noted.

He also harped on the need to discourage Nigerians from patronizing pirated products through advocacy to create awareness on the dangers of piracy to the nation’s economy.