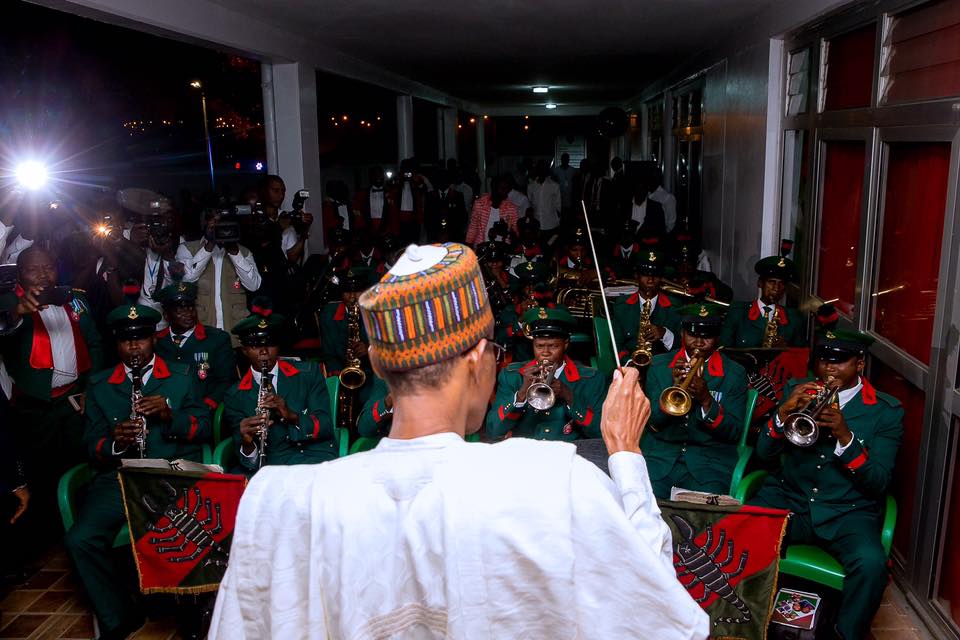 After clearing of the last strong hold of the Boko Haram terrorists strong hold, the “Camp Zero.” Guards brigade did their end of the year dinner night at Guards Brigade Scorpion Mess.

President Muhammadu Buhari, the Grand Commander of the Order of Nigeria was present at the event along side all the service chiefs, minister of Defence and the national security adviser Monguno. 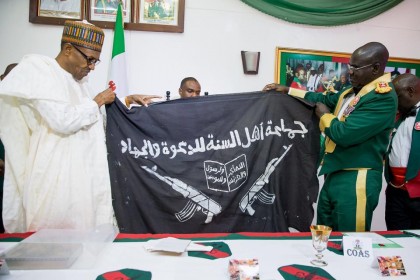 “I also had a chance to do something that has become an annual tradition, briefly direct the Guards Brigade Band.” President Buhari said.

“And then one very important moment, the opportunity to express gratitude, on behalf of the entire nation, to Major General Leo Irabor, Theatre Commander of Operation Lafiya Dole, the military operation against Boko Haram.” 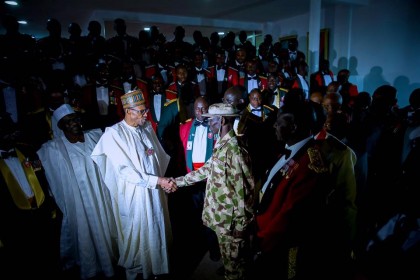 President Buhari close his remark by saying, “Our gallant troops made us proud in 2016, and I’m confident that 2017 will be full of even more heroic exploits.”