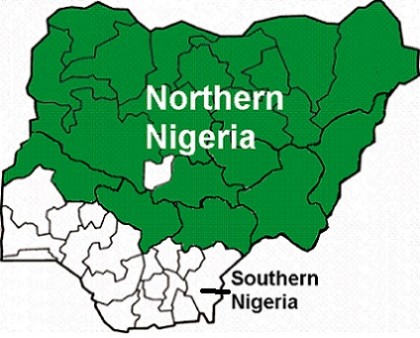 (NAN) The Presidential Committee for North East Initiative (PCNI) has developed a framework of action for the rehabilitation of the victims of insurgency.

Tagged “Buhari Plan’’ , the framework is designed to also ensure the reconstruction of the communities destroyed.

Mr Mohammed Danjuma, Head of Programme, Management and Coordination, of the committee told the News Agency of Nigeria (NAN), on Saturday, in Abuja.

Danjuma said the journey toward the rehabilitation and reconstruction of the Northeast and its recovery efforts in 2017 required effective coordination with PCNI piloting the agenda.

He explained that the humanitarian crises had been heightened following the liberation of more people from Boko Haram held territories leaving many of them in dire need of humanitarian and psychological assistance.

Danjuma said the multiple humanitarian actors on the field, who are operating in silos, had also led to duplication of efforts which was further worsened by the lack of coordination.

These, he said, have led to lack accountability and transparency.

He said this was prompted the committee to adopt the Buhari plan, which is optimised to direct and guide the delivery of all North-east intervention initiatives.

“The Buhari plan is working to achieve a safe and prosperous North east that will be a global model for post-conflict socio-economic recovery and development.

“The plan also hopes to achieve peace and stability in the region with the provision of equal access to basic services and facilities.

“We would also ensure the protection of women and girls against Sexual and Gender Based Violence (SGBV), and target socio-economic development for women and youths to empower them,” he said.
Danjuam said that in order to achieve the objectives of the plan, the committee has come up with a work plan divided into three components which includes the short term, intermediate and long term.

He explained that the short term components, which would focus on immediate comprehensive relief, social stabilization, and early recovery, is aimed at addressing the immediate challenge of over seven million people in need.

The programme coordinator said the intermediate component, which would focus on relocation, rehabilitation and resettlement, was aimed at supporting the voluntary resettlement of 2.4 million displaced persons.

Danjuma said the long term component would focus on economic and development strategies of the North-east, which is aimed at providing sustainable growth for 21.4 million citizens.

He said the committee hoped to achieve the plans in a time frame of five years; the short term component to be achieved within six to 12 months and the intermediate component within six to 24 months.

Danjuma said the last phase, which is the long term component should be achieved within 6 to 60 months. (NAN)