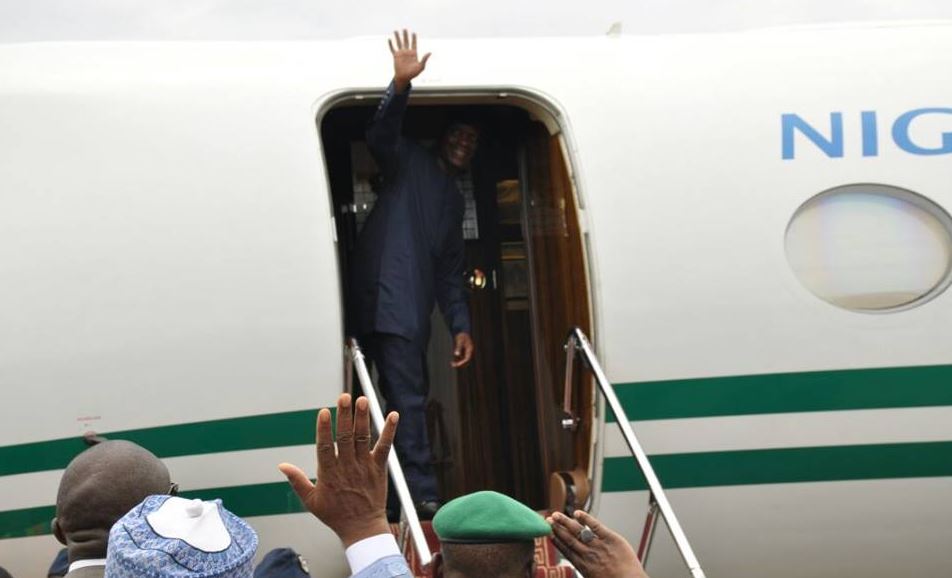 In the Nigerian delegation are ministers and special advisers including the Minister of Industry, Trade and Investment, Dr Okey Enelamah, Minister for Agriculture & Rural Development, Chief Audu Ogbeh and Minister for Water Resources, Engr. Suleiman Adamu. The Special Adviser on Economic Matters to the President, Dr Adeyemi Dipeolu is also on the delegation.

At the forum, the Vice President would lead a discussion on Business in Nigeria, where ministers from the Federal Cabinet who are members of the Nigerian delegation would also feature.

The yearly forum which draws together governmental and business leaders around the world to discuss economic issues and review developments is normally composed of such panel discussions, country/continent-specific themes and other subjects.

Besides, the session on Business in Nigeria, the Vice President, Prof. Osinbajo, will feature in a number of other discussions alongside world leaders including presidents and prime ministers.

For instance, he will be discussing on the theme Building Africa with Rwandan President Paul Kagame and the Prime Minister of Ethiopia Mr Hailemariam Dessalegn, among others. The Vice President would also feature a panel discussion on Terrorism.

While in Davos, the Vice President will hold meetings with some of the global companies and other leaders attending the forum.

Prof Osinbajo departed Abuja early today and is expected back on Friday.