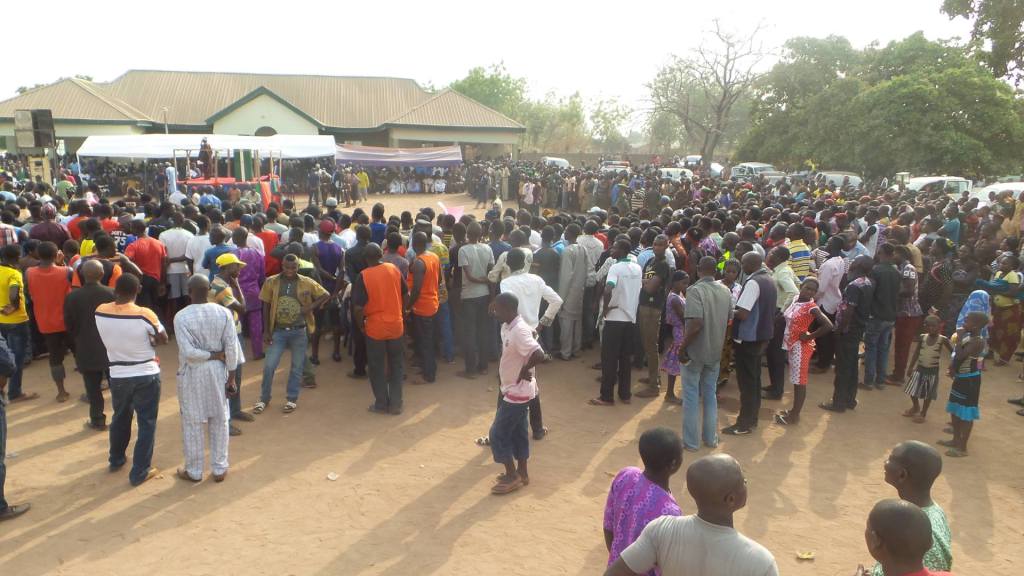 Gov. Al-Makura and Ortom Visits and Appeal for Peace In Agatu

The Governors of Nasarawa and Benue State have appealed to the Agatu and Fulani communities in Benue and Nasarawa State respectively to forgive and forget and give peace a chance.

The Governors who made this known as they both visited the Agatu Community in Benue along with the security forces, government officials, traditional rulers and members of the Fulani community, where they hoped to find solutions to the lingering farmer herder clashes that has claimed hundreds of lives and loss of property running into millions.

The visit which involved an aerial assessment tour of the major crisis areas, speeches by representatives of both communities and speeches by both Governors which hoped for a better understanding of the problems within the area.

Governors Samuel Ortom and Umaru Tanko Almakura in their separate remarks stressed the need for all parties to the crisis to sheath their swords and embrace peace.

Ta’al Circle reports that Gov. Almakura charged all parties to forget the past, lay aside passion and sentiments in order to reach an amicable solution to the incessant crises.

Gov. Ortom noted that as brothers, farmers and herdsmen were bound to have differences and disagreement but reconciliation was paramount.
He said no meaningful development could be achieved in an atmosphere of rancour and violence.

The Agatu Representatives in their various speeches spoke on what they had gone through over time emphasizing that they wanted ranches to stop the free grazing of livestock which was the root of the problem , calling on the federal government to rehabilitate and reconstruct their destroyed villages during the recent crisis as a prerequisite for reconciliation with herdsmen.

The Fulani Representative asked for forgiveness on behalf of the Fulani Community and spoke on some solutions such as the registration of Fulani in the area, use of vigilante groups and a total ban of arms within the area.

Both communities lauded the governors of both states for their efforts at ensuring a lasting peace in the area, as well as expressed their appreciation for the historic visit by both Governors to the area.