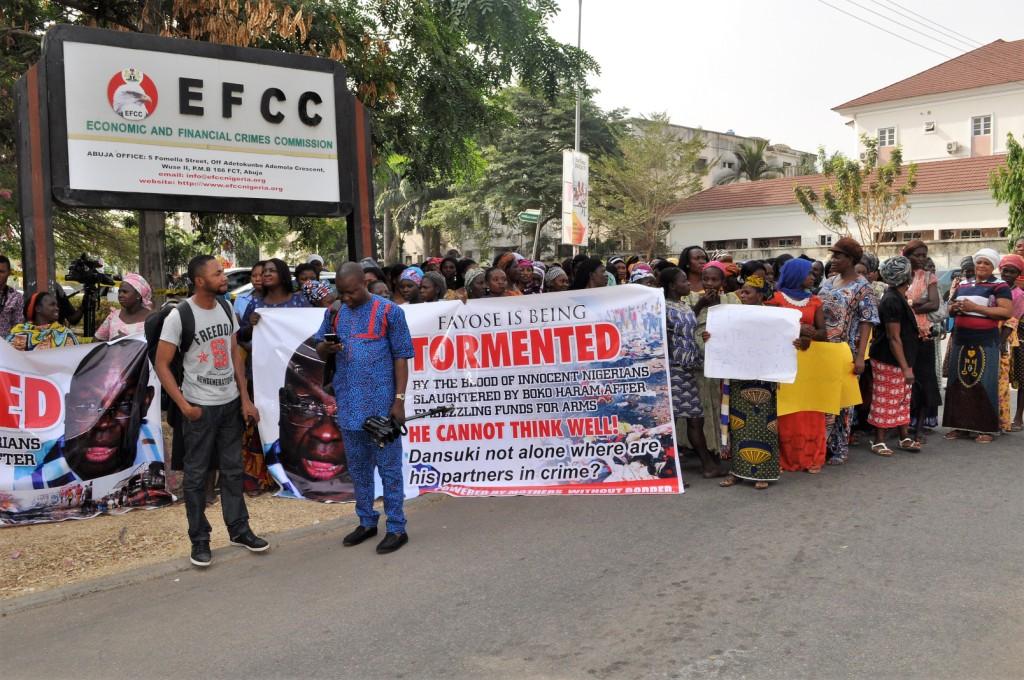 Wilson Uwujaren, Abuja: Some protesters under the aegis of “Patriotic Mothers Without Borders”, on Friday, January 20, 2017 stormed the EFCC Abuja headquarters calling for the “arrest, investigation and prosecution” of Ayo Fayose, governor of Ekiti State, over his involvement in the $2.1 billion arms deal scandal.

Chanting “Fayose must go”, the women numbering about 300 carried various placards and banners with inscriptions like: “EFCC Must Prosecute Fayose”, “Corruption is Corruption”, “Fayose is being tormented by the blood of innocent Nigerians slaughtered by Boko Haram”.

Convener of the group, Nnenna Jideofor, accused Fayose of stealing part of funds meant to equip the military in the fight against terrorism. 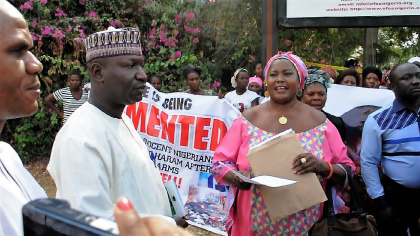 She said: “The gravity of the crime does not permit that we wait indefinitely for Fayose to leave office; he would have finished spending his share of the loot by then, and he has all the time to destroy evidence.”

While presenting its petition to Umar Mohammed, Deputy Director Operations, Abuja, Jideofor expressed discontent at the ruling of Justice Taiwo Taiwo of the Federal High Court, Ekiti, ordering the EFCC to de-freeze Fayose’s Zenith Bank account, that the agency earlier froze having been linked to the arms deal scandal. 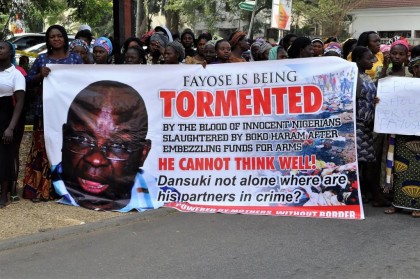 “As mothers, we beg the EFCC to as a matter of urgency, investigate how much Fayose gave lawmakers of Ekiti State House of Assembly who we believe have lost their souls to an overlord,” she added.

Responding, Mohammed assured the “mothers with borders” that the agency takes all petitions seriously, and that of the women would be given adequate attention.

“We are not selective in our operations, and every petition received is thoroughly investigated, no matter how highly placed the person is,” he said.