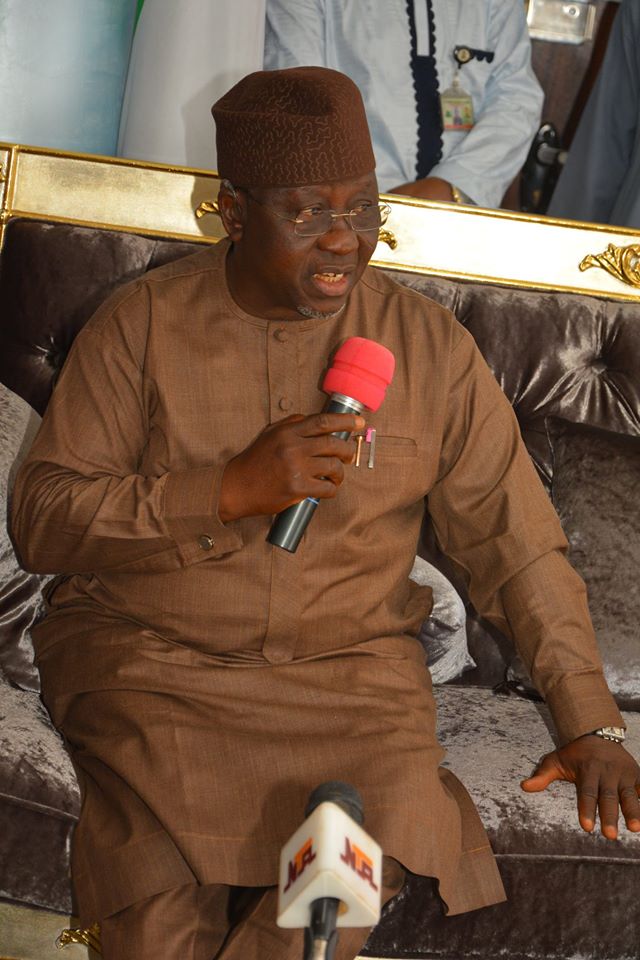 No Agatu Land Was Ceded For Peace With Fulani- Gov. Almakura

His Excellency Umaru Tanko Almakura has lamented the reports going round the media that Agatu land was ceded or sold in the process of securing peace in with the Fulani recently.

Gov. Almakura who spoke on the issue while receiving the DG NTA Alhaji Yakubu Ibn Mohammed made it clear that such reports were being mischievous and not saying the facts about the peace deal brokered by him ,Gov. Samuel Ortom of Benue the Agatu and the Fulani.

Taal Circle said the Governor explained that they sat with the warring factions after an helicopter survey of the crisis areas, where eyeball to eyeball they discussed how to solve the problem once and for all.

He described it a most unfortunate that their efforts were being misrepresented , stating that there was no issue of ceding land, no issue of grazing areas and no issue ranching areas.

Governor Almakura explained that they had only agreed on the leaving open of the time tested routes that the Fulani pass through that have been in use to take the Fulani from Nasarawa through Benue across the river Benue up to Bagana to Kogi state.

He said anyone trying to portray any other picture is misrepresenting what was agreed on and trying to cause mischief.