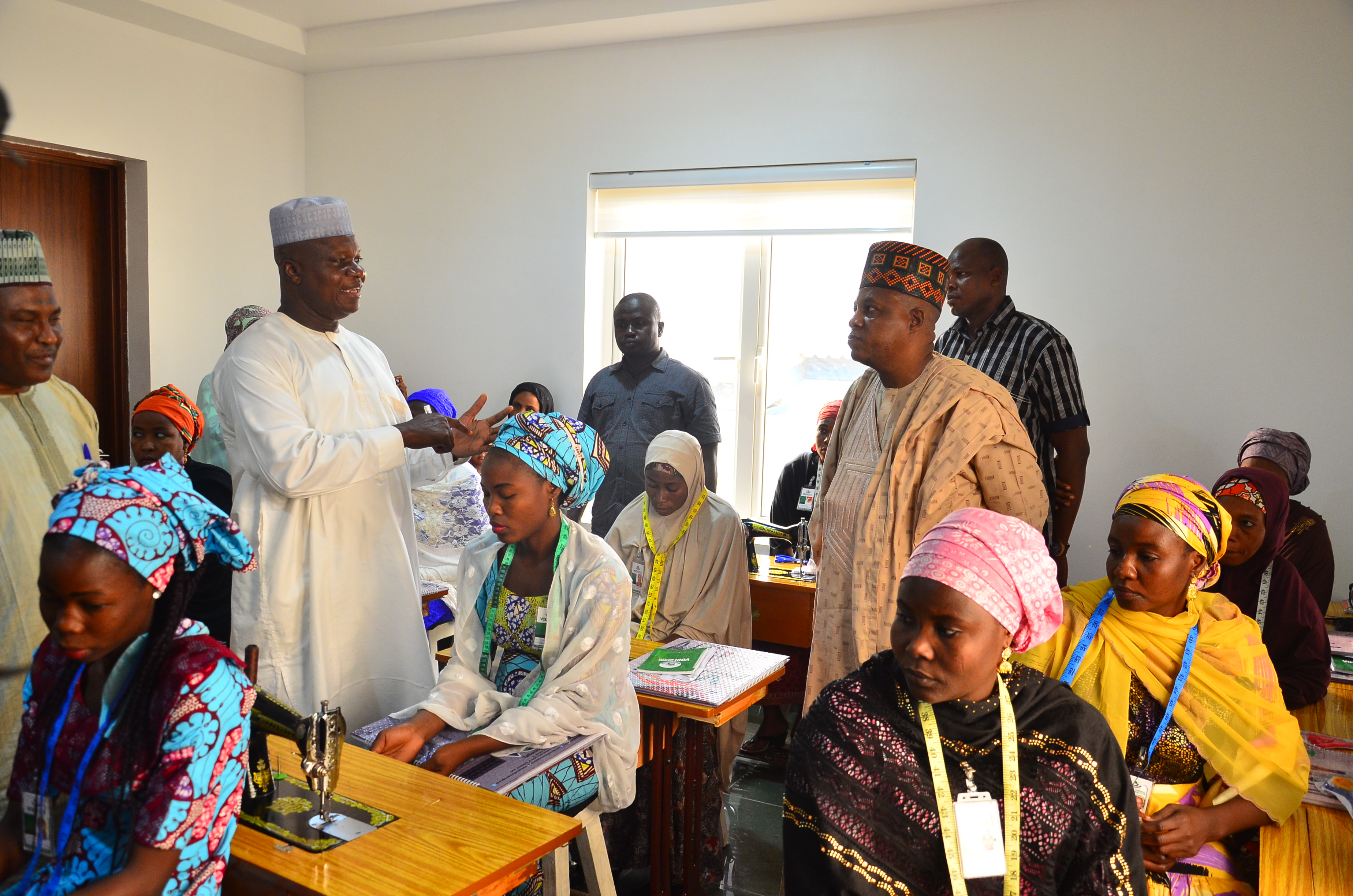 A group of women under the sponsorship of Borno State Government, are ‎currently undergoing three months intensive training on various aspects of sewing and fashion design at Vodi Tailoring Institute, a private firm in Abuja.

The women, numbering 20 were picked from 20 out of the 27 local government areas of Borno State to undergo a training that would make them not only good tailors but also instructors expected to come to Maiduguri and train about 500 women.

Governor Kashim Shettima ‎said during his visit to the training institute in Abuja on Saturday, that the tailoring was one of the many ways his administration is trying to empower women through vocational skills in addition to sponsoring others in formal schools. The Governor said the ladies will be equipped with tools after their training.

“Any society that is serious about fighting poverty must empower its female population because women and children constitute the larger part of the population in most societies.

‎When women are empowered, they support their children in one or the other. Women bear the brunt of most crisis like ours in Borno State. Shettima” said. 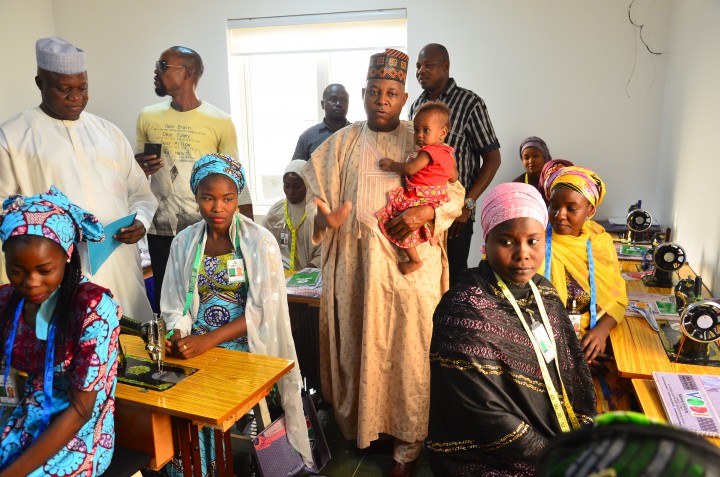 These women here have been provided with all their needs, tuition have been paid, their allowances have been approved while they are being provided with three square meals in order to make it conducive for them to learn practical skills and come to Borno and teach at least 500 other women who will be sewing uniforms for our students” He added.

The Governor called on the women to take advantage of the training opportunity to learn skills that can make them more productive.

Speaking on behalf of Vodi Training Institute, one of the instructors, Maryann Shekari confirmed the commitment of the Borno State Government, noting that what was needed was for the ladies to pay attention to their course.

Shekari said the Institute has instructors in English and local languages for effective communication with trainees while it has all the equipment required to train the ladies.