FCDA Did Not Pay Us Any Money as Rent, Says NASS Leadership 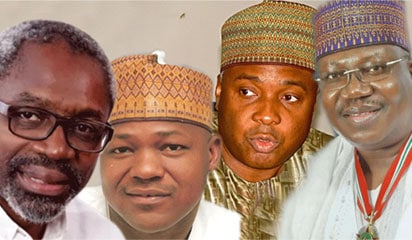 The leadership of the National Assembly yesterday dismissed as outright falsehood a claim in a report credited to a group known as Citizen Action to Take Back Nigeria (CATBAN) and published by an online medium, Sahara Reporters, in which it was alleged that the Senate President, Dr. Abubakar Bukola Saraki, Speaker, Rt. Hon. Yakubu Dogara, and their deputies, Senator Ike Ekweremadu and Rt. Hon. Lasun Yusuff collected money from the Federal Capital Development Authority (FCDA) as rent for their accommodation.
Also Read; NASS To Support Nigeria Air Force On Made-In-Nigeria Technology – Saraki

In a statement signed by the Special Adviser to the Senate President on Media and Publicity, Yusuph Olaniyonu, the leadership of the National Assembly stated that though the four presiding officers are legally entitled to official accommodation, they have been living in their personal residences and do not get paid by any Federal Government agency.
Also Read; NASS To Support Air Force On Made-In-Nigeria Technology, Says Saraki

“There is no truth to the claim by this group. In fact, during the preparation of the budget, the Senate President and Speaker directed the FCDA to remove the 10 billion Naira voted for the construction of their official residence to save cost. The current leadership of the National Assembly will not be part of any illegal payment to anybody”, stated Olaniyonu.