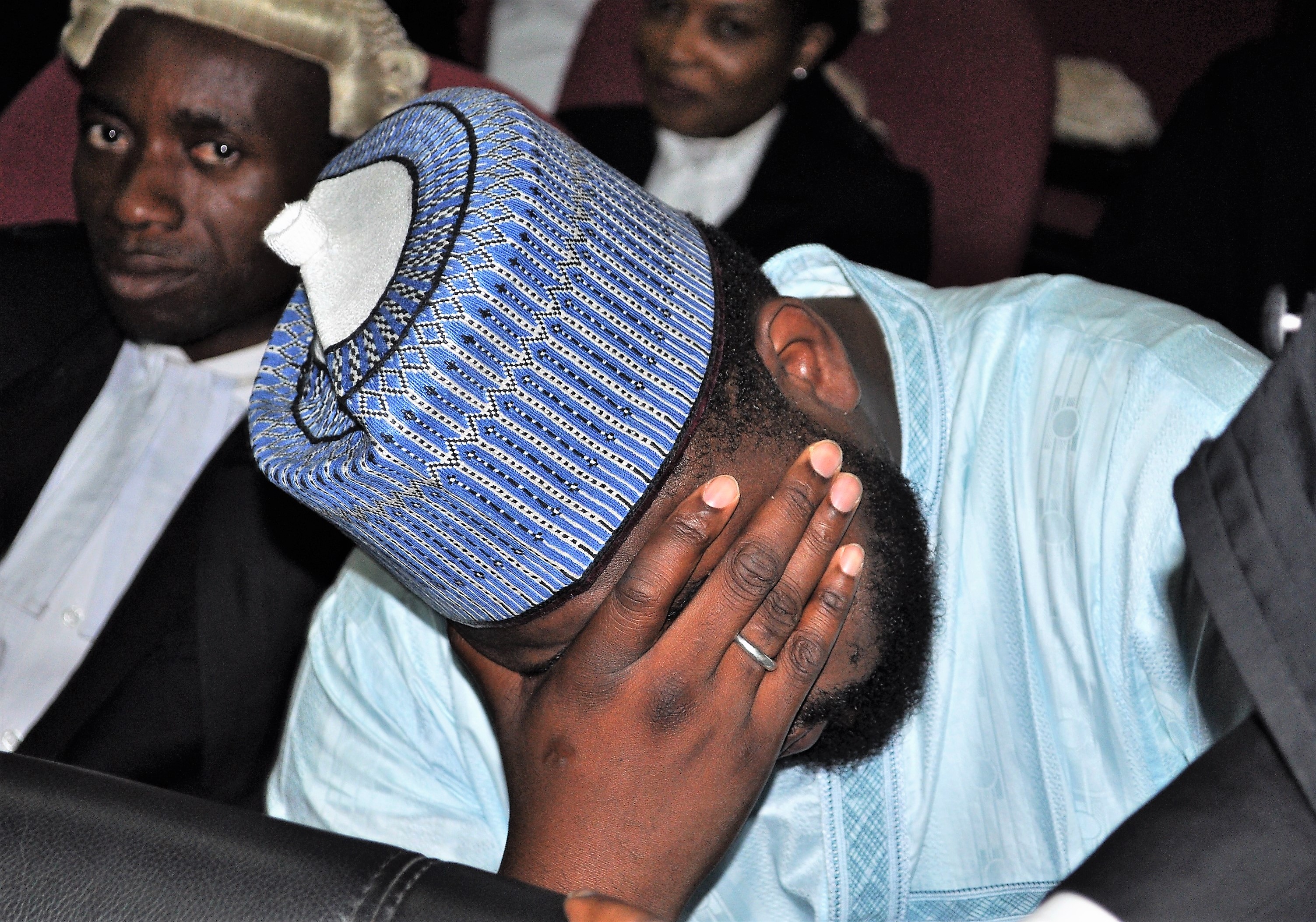 Wilson Uwujaren, Abuja: The Economic and Financial Crimes Commission, EFCC, on Wednesday, February 1, 2017 arraigned Shamsudeen Bala, son of a former Minister of the Federal Capital Territory, Senator Bala Mohammed before Justice Nnamdi Dimgba of the Federal High Court, Abuja, on a 15-count charge of money laundering to the tune of N1.2 billion.

Bala is being charged along with four companies – Bird Trust Agro Allied Limited, Intertrans Global Logistic Limited, Diakin Telecommunications Limited and Bal-Vac Mining Nigeria Limited.
Bala and Diakin Telecommunications Limited are accused of making cash payment of the sum of N74,244,005 (seventy-four million, two hundred and forty-four thousand, five naira) to Abuja Investment Company Limited without going through a financial institution. The offence is in breach of Section 1 of the Money Laundering (Prohibition) Act, 2011 (as amended in 2012).

One of the counts reads:
“That you, Shamsudeen Bala (alias Shamsudeen Mohammed Bala), Bird Trust Agro Allied Ltd and Intertrans Global Logistics Ltd sometime in 2015 in Abuja within the jurisdiction of this Honourable Court did without going through a financial institution make cash payment of the sum of N296,000,000 (Two hundred and ninety six million naira) only to A & K Constructions Ltd Abuja and Sunrise Estate Development Ltd for Construction of a house on plot nos 2116 and 2276 at Asokoro Gardens (alias Sunrise Estate) Abuja, which sum exceeded the statutory limit and thereby committed an offence contrary to Section 1 of the Money Laundering (Prohibition) Act, 2011 as amended in 2012 and punishable under Section 16(2)(b) and (4) of the same Act.”

Another charge reads:
“That you, Shamsudeen Bala and Bal-Vic Mining Nigeria Ltd sometime in 2015 in Abuja within the jurisdiction of this Honourable Court did without going through a financial institution made cash payment of the sum of N45,475,000 (Forty-five million, four hundred and seventy-five thousand naira) only to Abuja Investment Company Ltd as part payment for purchase of House FS 2 B, Green Acre Estate, Apo-Dutse Abuja.”

Upon his plea, counsel to EFCC, Ben S. Ikani asked the court to fix a date for trial and for the remand of the accused in prison custody pending trial.

However, Bala’s counsel, Chris Uche, SAN, told the court that he had a pending application dated and filed January 27, 2017 praying for the release of the accused on bail. He said that aside the health challenges faced by the accused, the EFCC had earlier granted him administrative bail which he had not breached. He urged the court to admit him to bail on same conditions set by the EFCC assuring that, the accused would be available to stand his trial.

Justice Dimgba adjourned ruling on the bail application to February 3 while fixing March 27 for commencement of trial.
The judge also ordered the remand of the accused in Kuje prison custody pending ruling on his bail application.