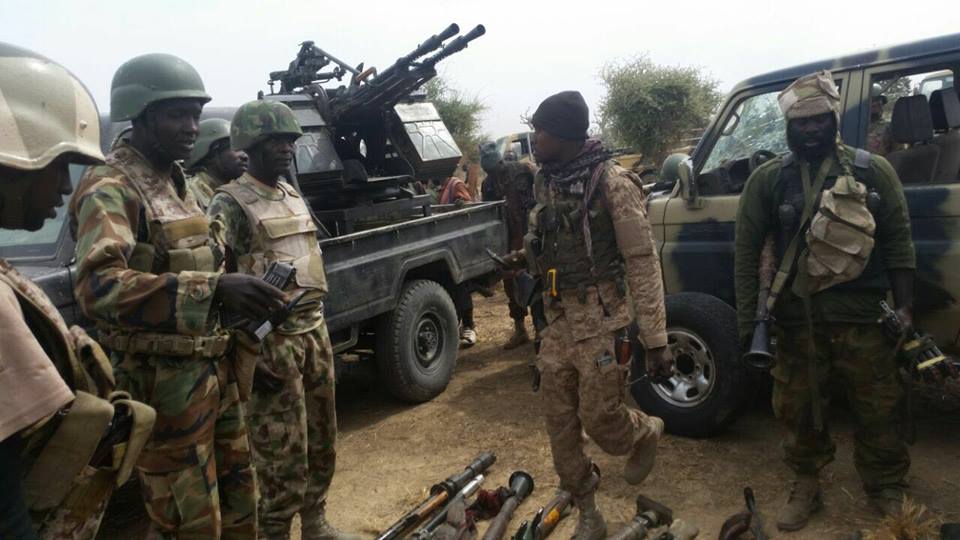 At Dulsa this morning, the troops cleared the hideout of the terrorists during which they neutralized 6 Boko Haram terrorists, recovered 1 Light Machine Gun, 2 Rocket Propelled Grenade Tubes and 1 Extra Anti-Aircraft Gun Barrel.

The troops also encountered Boko Haram terrorists camp at Buk where they were engaged by the terrorists. 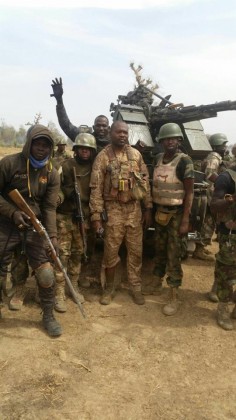 During the encounter, the troops neutralized 35 of the Boko Haram terrorists and wounded several others. They also made an unprecedented recovery. 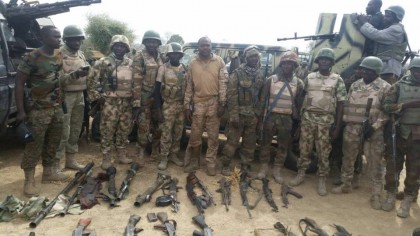 Unfortunately however, 3 soldiers paid the supreme price, while 5 others were wounded in action. Similarly, 1 Mine-Resistant, Ambush-Protected vehicle belonging to the Brigade was badly damaged.

The bodies of the late soldiers and those that sustained injuries have since been evacuated.

The wounded soldiers are in stable condition.