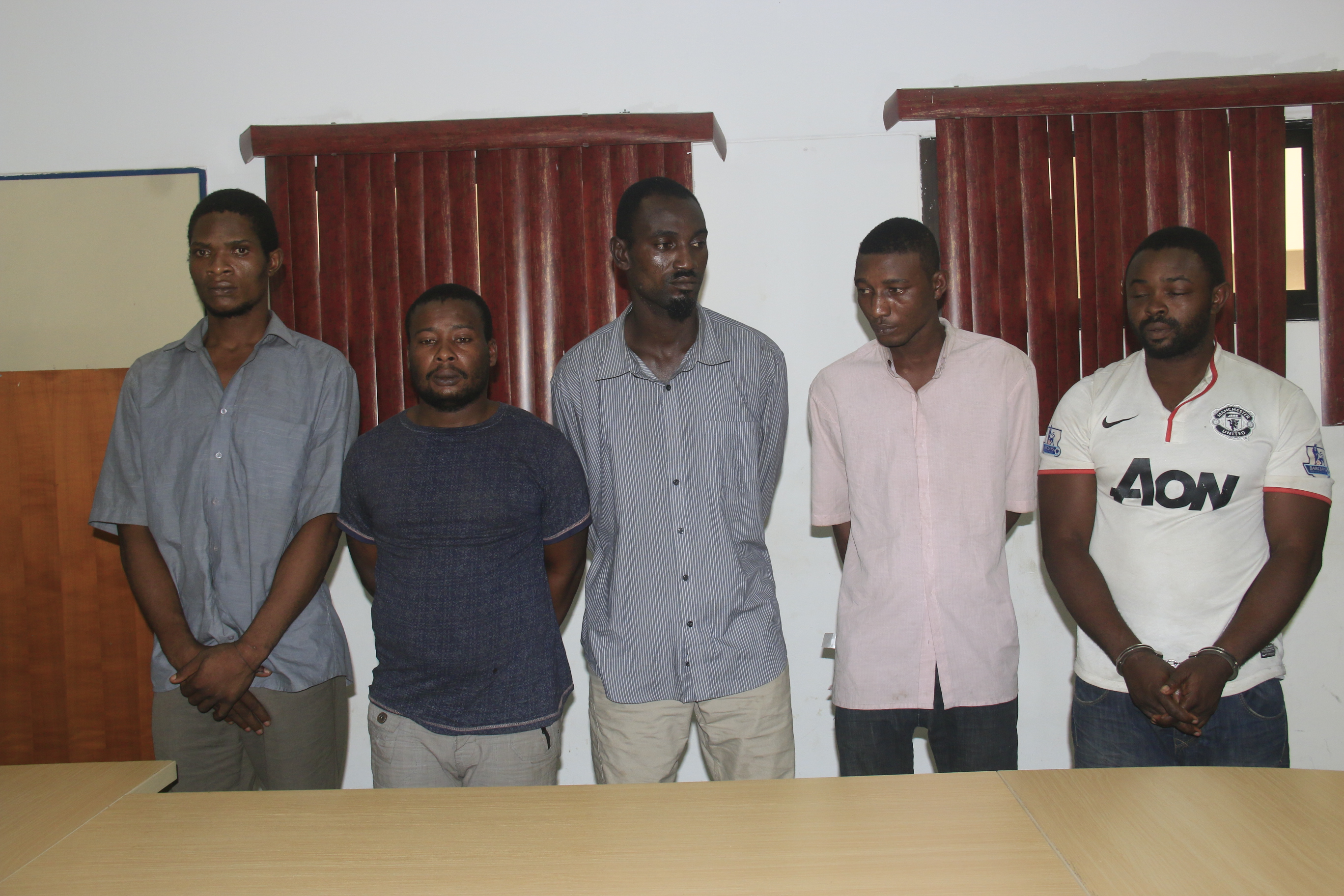 Police Parade Suspects In The Killing Of A Custom Officer

The Nigerian Police Force has paraded a five man gang suspected to be involve in the killing of one Custom Officer, Assistant Superintendent of Customs, Aliyu Dayyab on December 22 2016 at the Lagos Tincan area.

The Force Public Relations Officer, CSP. Jimoh Moshood stated this during a press briefing on Friday in Abuja.

“This afternoon, I am parading before you a five man  gang of vicious armed robbers and killers of an Assistant Superintendent of Customs (ASC) Aliyu Dayyab on  22/12/2016 at Tincan area of Lagos.

“Sequel to the report of the incident and a coordinated operation carried out by IGP’S Intelligence Response Team (IRT) and Technical Intelligence Unit (TIU) on the directive of the Inspector General of Police, to fish out the killers of the custom officer.” He said.

He named the suspects as; Lucky Williams, 29 years, from Oboritu LGA AkwaIbom state who is said to be the gang leader, Akinloye Samuel, Abraham lot, Bolaji Taiwo, 25 years and Lanre Humplrey Aimuto, 33years.

An Infinix phone belonging to the victim was recovered from Lucky Williams suspect to be the gang leader.

“It is pertinent to state that Humphrey Aimudo organized the gang that robbed and killed the Custom officer on the 22/12/2016 while he closed from duty on his way home.

“The suspects confessed to have information that the custom Officer had in his possession four million Naira cash and some Dollars and this prompted the attack and killing of the officer after they snatched the bag containing some money from the officer.

“They will be arraigned in court on completion of investigation for murder, armed robbery and conspiracy.” He added.

He restated the Inspector General of Police assurance to all Nigerians of adequate security and commitment of the Nigeria Police to work assiduously to further reduce crimes and criminality.