Reasons Why Nigerians Can Never Part With Ponmo 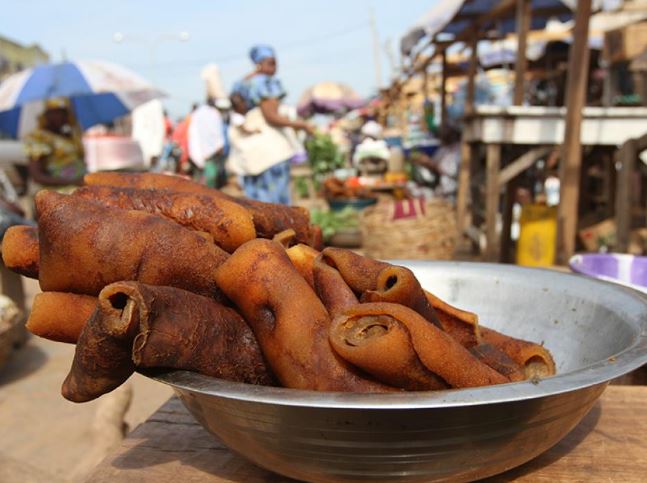 Skins of cows, goats and sheep (hides and skin), popularly known as ‘ponmo’ has become a delicacy in many homes in Nigeria.

“I have been making up to N60,000 per day for many years on sales of ponmo, ” a seller, who simply identified herself as Alhaja Risikat at Laketu Foods Market in Ikorodu, Lagos, said.

The delicious succulent texture of ponmo when cooked and seasoned, makes it a favourite food of many Nigerians.

However, in many developed countries, skins of cows, goats and sheep are not consumed but used in production of leather and related products.

Economic xperts are worried that Nigeria is losing out in the pack of countries competing for the huge global leather industry because of the high rate of consumption of animal skin.

Lab Grown Meat, the Next Threat to Fulani Herdsmen

Risikat, who thrived on sales of ponmo, narrated that she had customers in corporate organisations, who she delivered the commodity (ponmo) to.

She said that the meals of the customers were never complete without the delicacy.

“I have customers in banks and other corporate organisations. They call me on phone and I deliver it through my sales girls.

“ I have been making up to N60,000 per day for many years,’’ Risikat said with enthusiasm.

In spite of reports regarding the adverse results the consumption of animal skin posed to human health, many could still not do without ponmo in their pots. 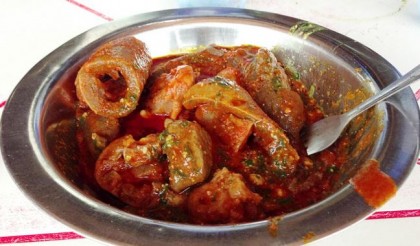 Recently, there were warnings against eating some species of ponmo burnt with tyres on the basis that the processing was not hygienic.

In spite of the health hazards posed by those burning ponmo with tyres, the level of sale and scramble for the commodity in markets nationwide continue to rise unabated.

During the production stages, the commodity is subjected to naked flames to burn the skin of the animal.

According to research, during the burning process, a lot of unhygienic substances such as trash, wood, charcoal, rubber tyres and so on, are thrown into the furnace to sustain the blazing heat.

The black skin is burnt, while the white animal skin is boiled and the flesh is scrapped.

A further survey of markets in Ikorodu, Lagos, revealed that many people, even the elites, could not do without the delicacy.

Some sellers of the commodity told NAN that they were fully in the business.

A seller of the commodity in one of the abattoirs in Ikorodu, who chose anonymity, said he had been in the business of sales of ponmo for 20 years.

He added that there had never been a time he never made huge sales.

Another woman, operating a beer parlour along Ijede Road in Ikorodu, Mrs Alice Maduka, said her customers preferred to drink their beer with ponmo, garnished with pepper.

“My customers prefer ponmo with peppered stew than beef, so I buy in bulk daily,’’ she said.

Also, a Manager of a cafetaria in Sabo Market in Ikorodu, Mr Alex Ndigwu, said his customers preferred ponmo “because it is bigger and cheaper than beef’’. 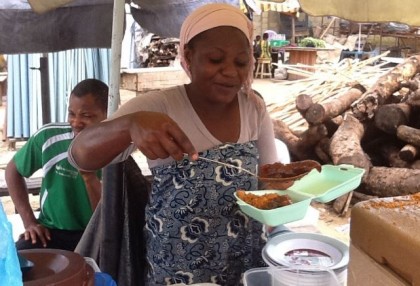 “ My customers prefer to eat ponmo because it is sweeter and bigger than beef; so I usually get it in large quantity,’’ he said.

Heath experts, however, expressed mixed feelings about the nutritional value of ponmo.

Some dieticians and food scientists warned that consumption of ponmo is dangerous to health, adding that some of the animals suffered skin diseases.

They also said that the tyres used in burning the animal skin could cause cancer and some other killer diseases.

Recently, the Director-General, Nigerian Institute of Leather Science and Technology (NILEST), Zaria, Dr Isuwa Adamu, said that consumption of the product “as meat is dangerous to health’’.

“Scientifically, ponmo does not have any nutritional value to human health.

“Scientific research has shown that it does not add any nutritional value to human health.

“Some of the animals where ponmo is gotten from are usually sick and harbours dangerous injected chemicals and this leaves the consumers vulnerable to the chemicals in the animal skin,’’ Adamu said.

An 85-year-old man, Mr Alaba Taiwo, said he never believed ponmo could be hazardous to health.

“I have been eating it right from my childhood and if truly ponmo causes many hidden sicknesses, i would have died a long time ago.

“As I am, I like it more than real beef and I am medically fit and sound,’’ he said.

Dieticians and food scientists suggested that government should come up with policies to reduce the consumption of ponmo.

Apart from the debate over health hazards of the commodity, a reduction in its consumption, would provide more raw materials for the tanneries.