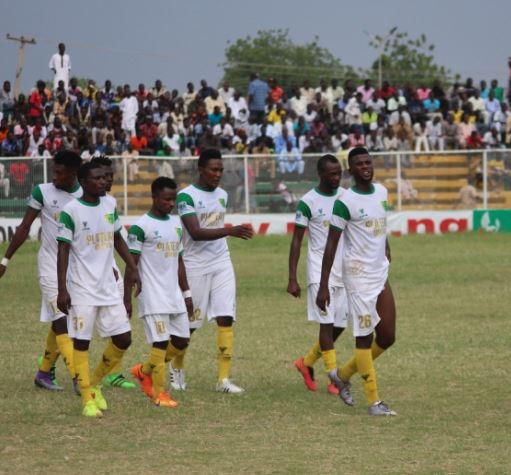 A gruelling North Central derby between Plateau United and Nasarawa United at the Lafia City Stadium ended scoreless after the host contrived to miss a hatful of opportunities in a Matchday 6 clash of the Nigeria Professional Football League (NPFL).

Despite taking 22 free kicks and dozens of throw-ins, the Solid Miners simply failed to get the ball into the net, and must particularly rue what could have been after Antonin Oussou dragged his shot wide after a sweet team move with six minutes to the end.

Buhari Jafar, named man-of-the-match, enthralled the crowd of over 4,000 with his dazzling runs down the left flank, but the final touch by Douglas Achiv, Adamu Hassan and Thomas Zenke let down Nasarawa United.

The unstated fear in the Solid Miners’ camp before the game was Plateau United skipper Elisha Golbe’s dead-ball expertise. He had scored three goals from free kicks before the game. But they were able to restrict him. When he finally landed a chance at the edge of the box on the half hour, he made nothing of it.

Philip Azango, returning to his former home, was always going to pose some threat to Nasarawa United, but with only goalkeeper Suraj Ayeleso to beat in the 23rd minute, he faltered.

In the end, both teams shared the spoils, and Plateau United skipper Golbe said: “Actually, we came here for the three points, but we thank God that we got a point. However, we are very determined to keep up the points and we believe that at the end of the season, we will be at the top.”

Plateau United coach, Kennedy Boboye, had this to say: “We wasted two good opportunities in the first half, and in this kind of match, you have to take your chances. In the event, we were hanging in there and lucky to get a point from this.”

Below is the NPFL Table: 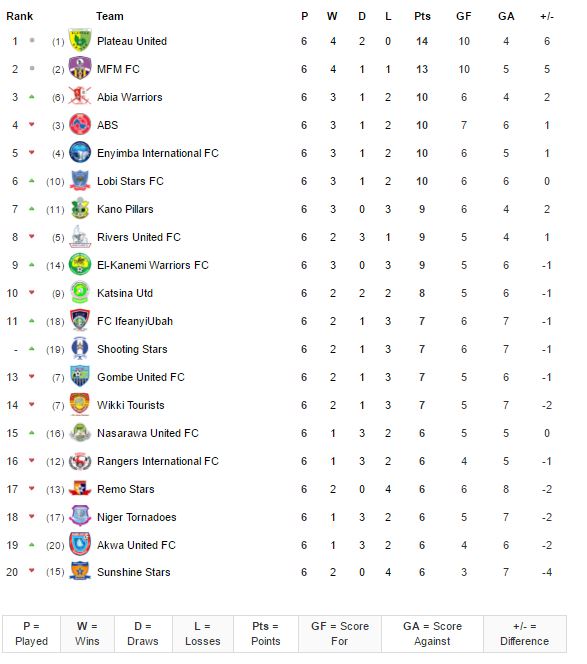