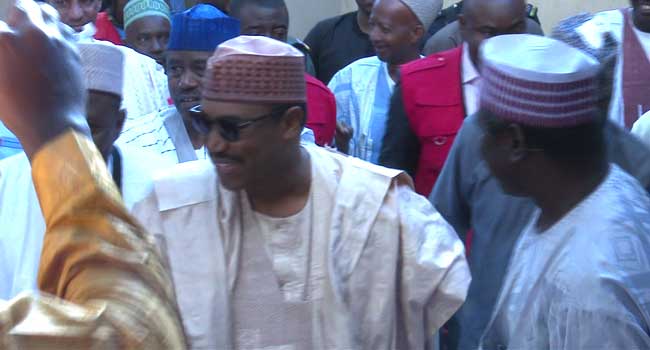 Wilson Uwujaren, Abuja: Justice Maikaita Bako of the Katsina State High Court today February 7, 2017 adjourned for ruling on an application brought before him by the former governor of Katsina State Ibrahim Shehu Shema and three others challenging jurisdiction of the court and competency of the N11 billion criminal charge of abuse of office brought against them by the Economic and Financial Crimes Commission, EFCC.

The application was brought before the court at the last adjourned date through their counsel, Joseph Daudu SAN. However, the prosecution brought a counter affidavit through its counsel J.S Okutepa SAN and the case was adjourned to today for argument.

At the resumed hearing today. Daudu SAN argued that the court has no jurisdiction to try the offences.

However, Lateef Fagbemi SAN who announced appearance for the prosecution argued that contrary to the submission of the defence counsel, challenging the jurisdiction of the High Court to try and prosecute state offences.

Section 7 of the EFCC Establishment Act has empowered the Commission to investigate and prosecute all kind of economic and financial crimes including those under Penal Code.

After listening to the argument of both counsel, Justice Bako adjourned the matter to February 21, 2017 for ruling.

Shema is being charged alongside three others, Sani Hamisu Makana, Lawal Ahmad Safana and Ibrahim Lawal Dankaba before Justice Maikaita Bako of the Katsina State High Court for the alleged offences of criminal breach of trust, abuse of office and conversion of public funds to the tune of over Eleven Billion Naira during his tenure as governor.