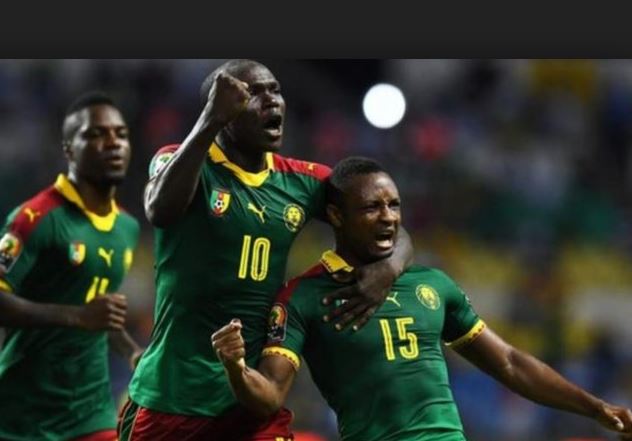 Nigeria’s Super Eagles should be worried ahead of the two-leg Fifa 2018 World Cup qualifiers against reigning African Champions Cameroon.

Cameroon’s success at the 2017 AFCON in Gabon is moral boost for the team and has changed the psychological dynamics of the qualifiers.

The Indomitable Lions as African champions, have found a renew spirit that could hinder Nigeria’s march to Russia 2018.

The Nigerian National team coach Gernot Rohr, is concerned about the Cameroon rebirth. The German trainer pitched camp in Gabon for three weeks monitoring the Indomitable Lions while also working as a television commentator.

He took keen interest in games Cameroon game played at the competition as the Indomitable Lions lifted the African most prestigious trophy for the fifth time.
Cameroon Indomitable Lions Are #AFCON2017 Champions

Nigeria sit top of the tough Group B with six points from two games ahead of Cameroon who have two points. Zambia and Algeria have only a point to show after two matches.

In an interview with supersport.com, Rohr said: “The road to Russia is very difficult because we must eliminate Cameroon so just like everyone can see now, Cameroon is a wonderful team.

“We have strikers who can score but we must work a lot to be better. From what I saw at Afcon, Cameroon is a great team so we have to be very, very strong.”

According to him, Cameroon having a very big chance with six games in one month and a half together.

“This experience for a group is very precious and we do not have it.” He added.

Rohr said that the Super Eagles players are busy working in their various club and that the team does not have that privileged experience together. He admitted that Cameroon has an advantage in preparation, but hoped that many things can change between now and then.

The Nigeria Football Federation (NFF) has already secured a friendly match against Senegal in March and are planning to secure another with the robust playing DR Congo.

Nigeria will host Cameroon in the first leg at the Akwa Ibom Stadium in Uyo on August 28 before travelling to Cameroon for the return leg on September 2.