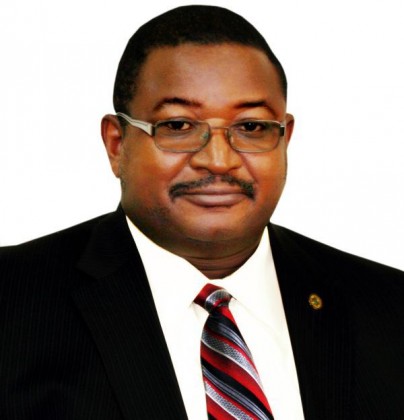 Says No Police Officer Recovered N42billion for FG.
Acting chairman of the Economic and Financial Crimes Commission EFCC Ibrahim Magu has commended Mr. Adamu Dan Musa, the Commission’s head of operations in Kano Zonal Office, who led a team that recovered over $9.8million from the residence of a former Group Managing Director of the Nigerian National Petroleum Corporation, NNPC, Andrew Yakubu in Kaduna. He said the officer and his team demonstrated courage, professionalism and integrity in executing the raid that yielded the astounding discovery. He called on staff of the Commission to emulate the team as the EFCC is poised to take the fight against corruption to new heights.
The EFCC boss also used the opportunity to clarify the misleading information in a release by the Police Service Commission, PSC, concerning the promotion of six policemen for outstanding performance. One of the newly promoted officers, Suleiman Abdul, who is currently on secondment at the EFCC, was purportedly promoted to the rank of Assistant Commissioner of Police because he “recently recovered N42billion for the Federal Government”. He said he is unaware of any recent recovery by the officer. “He may have made recovery in the past. But in the last six years I am not aware of any recovery by the officer to warrant commendation by the Commission.”
Magu who spoke after the Commission’s monthly keep fit programme on February 11, urged all staff of the Commission to be dedicated to their jobs as only diligence, professionalism and uncommon courage would be rewarded with promotion.