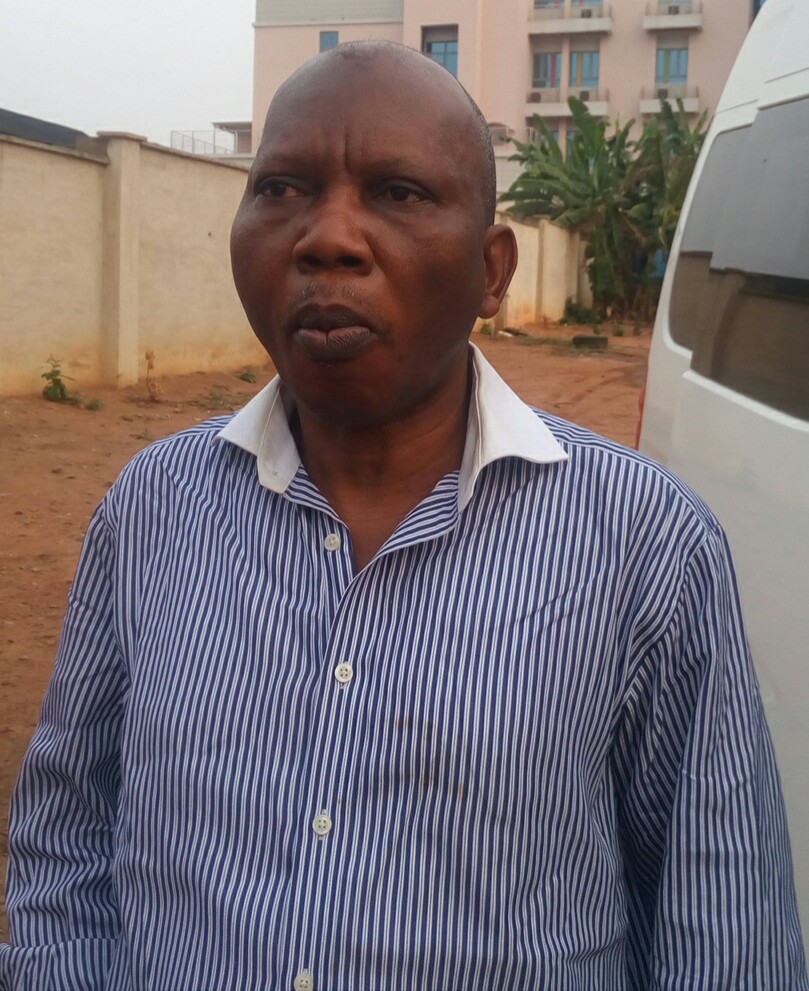 The Economic and Financial Crimes Commission, EFCC, on Tuesday, February 14, 2017 arraigned the Vice Chancellor of the Federal University of Technology Akure, FUTA, Professor Adebiyi G. Daramola and the Bursar, Emmanuel Oresegun before Justice S. A. Bola of the Ondo State High Court, Akure.

They were both docked on a 9-count charge bordering on obtaining by false pretence, abuse of office, misappropriation of funds and conspiracy to steal to the tune of N156,984,455.33 (One Hundred and Fifty Six Million Nine Hundred and Eighty Four Thousand Four Hundred and Fifty Five Naira Thirty Three Kobo).

Head Media & Publicity  of the commission, Wilson Uwujaren disclosed this in a press statement on Tuesday in Abuja.

Their journey to the dock followed a petition received by the EFCC sometime in 2016, alleging corruption, fraud, and mindless stealing of the funds of the university by the duo.

It was alleged, among others, that the VC collected housing allowances whilst living in the government residential quarters, drew Furniture Allowance annually instead of once in 4 years as approved by the Income and Wages Commission. He was also alleged to have used public funds to finance private expenses, while engaging in illegal payment of allowances to the university’s council members. In addition, the VC collected bogus monthly imprest, transferred and placed N100,000,000.00 of the University funds in a fixed deposit account without authorization.

They however, pleaded not guilty to the charges.

One of the counts reads: “That you, Professor Adebiyi G. Daramola on or about the 2nd of September, 2016 at Akure within the Akure Judicial Division of this honourable court with intent to defraud, obtained the sum of Twenty Four Million Two Hundred and Twenty Three Thousand Four Hundred and Eighty Four Naira (N24,223,484.00) only from the Federal University of Technology Akure, when you falsely represented that the said sum of money was for your biennial family vacation overseas for the year 2015 and 2016, which representation you knew was false.”

Another count reads: “That you, Professor Adebiyi G. Daramola and Emmanuel A. Ayodeji Oresegun on or about the 21st January, 2015, at Akure within the Akure Judicial Division of this honourable court with intent to defraud, conspired to fix the sum of One Hundred Million Naira (N100,000,000.00) only property of Federal University of Technology, Akure in a Wema Bank account No: 1300003035 without due process.”

In view of their plea, counsel to EFCC, Benedict Ubi, asked for a trial date.

But counsel to the 1st and 2nd defendants, Adebayo Olanipekun and O. Theophilus prayed the court to allow them move oral application for bail. Ubi opposed the oral application, stating that counsel have to put facts before the court as to the reason why the defendants must be granted, which he would also need time to respond to.

Justice Bola, having considered the arguments of all the counsel, granted bail to the defendants in the sum of N10million bond, 2 sureties in like sum who must be professors in FUTA or public officers not less than grade level 17, and must depose to affidavit of means.

They are to also present title documents of landed properties within the jurisdiction of the court and must present evidence of tax payment for the past 3 years.

The case was adjourned to March 20, 21 and 22, 2017 for commencement of trial, while the defendants are remanded in State CID, Police headquarters, Akure pending the perfection of the bail conditions.