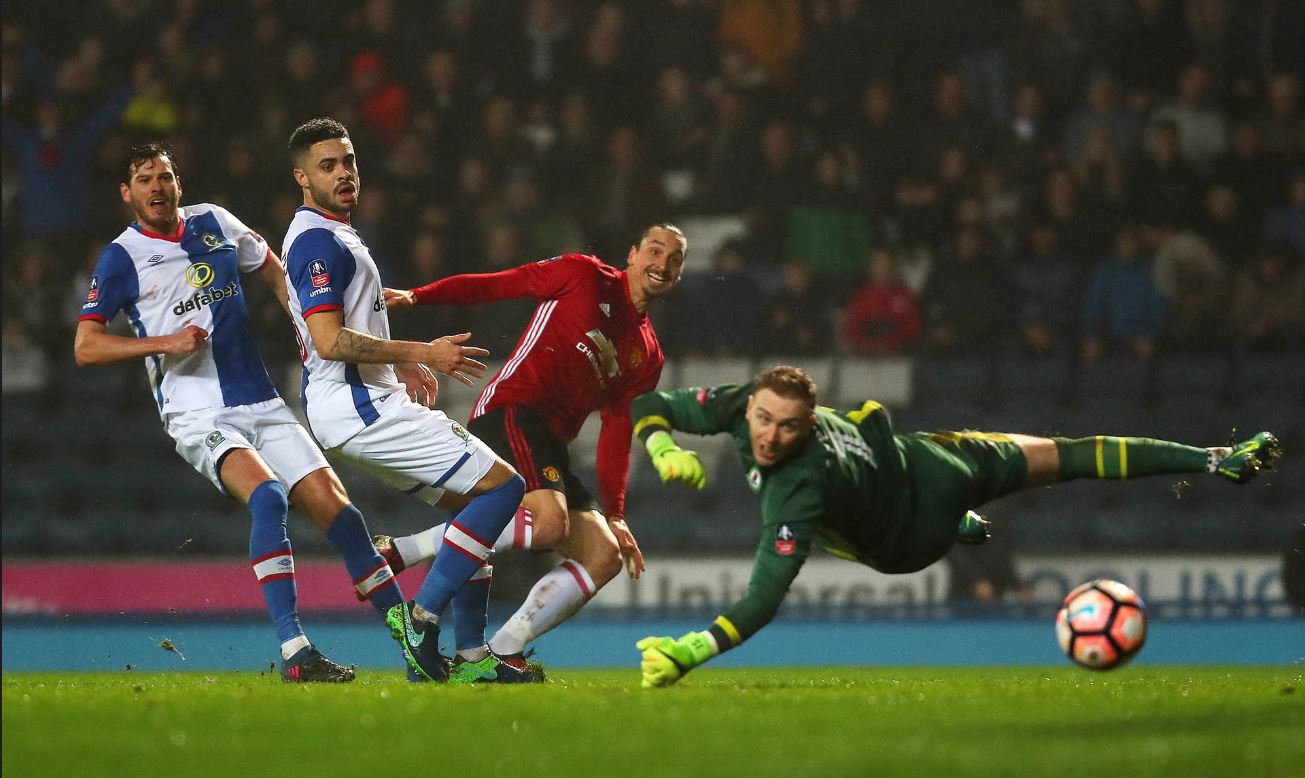 Fifth round FA Cup, Mourinho and Manchester United were not in the game in the opening minutes and lack decisiveness for much of the match and this forced Jose in the second half to make some changes.

Pogba and Ibrahimovic were introduced and they duly showed why Mourinho entrusted the visitors’ fate to them, as the Pogba set up the inform Swedish striker for a 75th-minute winner.

Nevertheless, the home team gave a fine account of themselves in the first half and got a goal for themselves with an exceptional goal architect by Emnes and finished by Graham.

The match ends in favor of the visitors with referee blowing the whistle to end the match at Blackburn Rovers 1-2 Manchester United.

However, the quarter finals draw was held this evening by the Football Association (FA).

The fixture saw Premier League clubs facing each other as Arsenal seems to have a soft fixture on paper, but the most interesting fixture of all is Chelsea to host Manchester Unites at The Bridge on the weekend of 10-13 March.