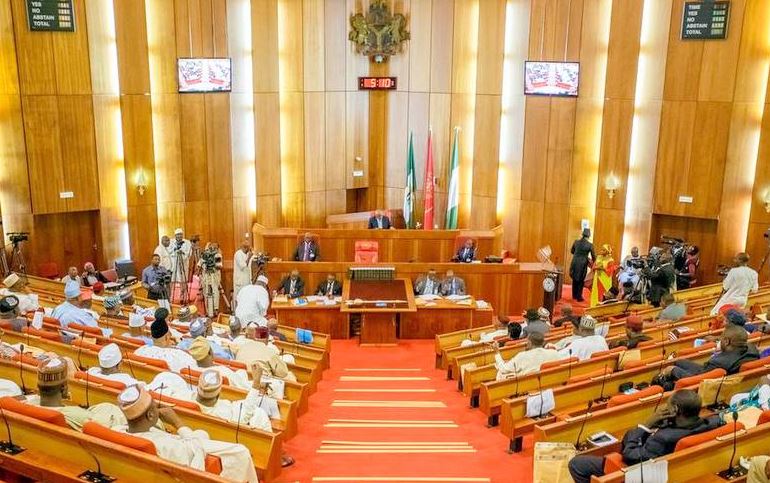 Sen. Aliyu Sabi Abdullahi, Abuja: The 8th Senate returns to regular business on Tuesday as it continues work on the 2017 budget and several economic priority bills which are at different stages of their passage. Its President, Dr. Abubakar Bukola Saraki will also read the two pending letters from President Muhammadu Buhari on extension of his holiday in London and the nomination of Justice Walter Onoghen as Chief Justice of Nigeria (CJN).

On February 2nd, the Senate adjourned its normal plenary session schedule for three weeks to enable members participate in their various committees for the defence of budget estimates by Ministries, Departments and Agencies (MDAs). Also within the period, for the first time in the history of the Nigerian parliament, the House of Representatives and the Senate held a joint three-day Appropriations Committee public hearing on the 2017 budget.

“By all accounts the public hearing event was an outstanding success” said the Senate President. “Federal ministers, private sector leaders, civil society organizations and others all participated in what I like to call the ‘people’s budget’ process”, Saraki noted. Government officials were on hand to defend their budget proposals and answer questions. CSO’s, academics and professionals associations offered commentary on their views and critique of the budget.

“It is the intention for the public hearing exercise to be institutionalized as a yearly exercise to promote government transparency and greater public participation in the process” he added.

The Senate President said “it is very important for the executive branch and the legislature to continue to work together to get the spending plan right. The months of collaboration will determine the extent to which the appropriations spending begins to grow the economy and create jobs.”

From tomorrow, various committees are expected to start submitting reports to the Committee on Appropriations based on schedule earlier provided as a result of the conclusion of budget defence by MDAs.

Simultaneously, the Senate will also begin to consider several economic reform bills that form the basis of the Red Chamber’s priority economic agenda. This coming week alone may see two such bills, the Independent Warehouse Regulatory Agency Act and the Company and Allied Matters Act (CAMA), come up during plenary session.