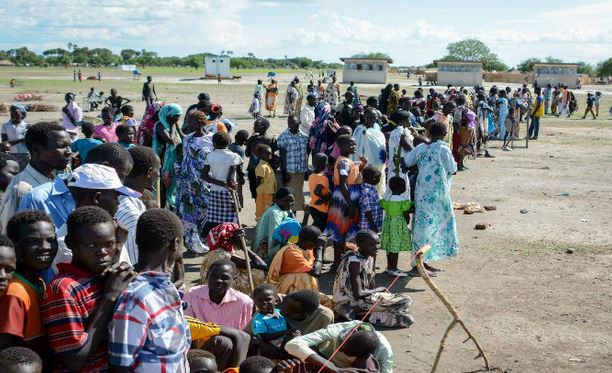 According to the UN Food and Agriculture Organisation (FAO), the UN children’s fund UNICEF and the World Food Programme (WFP) said no fewer than 100,000 people are facing starvation in parts of violence-plagued South Sudan.

“Famine is currently affecting parts of Unity State in the northern-central part of the country.

An additional one million are on the brink of famine in several parts of the country, where farming has been hampered since a military conflict erupted between President Salva Kiir and his former deputy, Riek Machar, in December 2013.

Up to 300,000 people are estimated to have been killed in the war, including notable atrocities such as the 2014 Bentiu massacre.

Although both men have supporters from across South Sudan’s ethnic divides, subsequent fighting has been communal, with rebels targeting members of Kiir’s Dinka ethnic group and government soldiers attacking Nuers.

About 3 million people have been displaced in a country of 12 million, with about 2 million internally displaced and about 1 million having fled to neighboring countries, especially Kenya, Sudan, and Uganda.

South Sudan has a climate similar to an Equatorial or tropical climate, characterized by a rainy season of high humidity and large amounts of rainfall followed by a drier season.