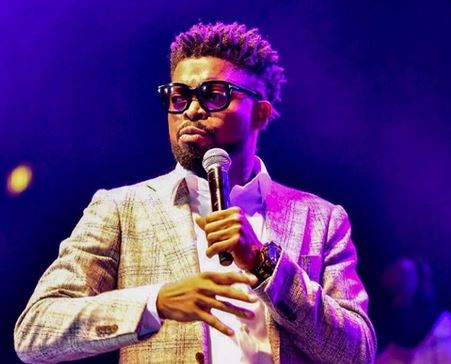 Ace Nigerian Comedian, Bright Okpocha popularly known by his stage as Basketmouth, made history on Valentine’s Day at the SSE Arena Wembley London, as fans came out to support and watch Nigeria’s biggest comedy export Basketmouth as he became the first & only African comedian to headline Wembley arena.

Basketmouth thrilled the audience with an hour and 30mins of unrestricted and pure comedy, coupled with a few surprises for the audience, which made it a valentine to remember and received a standing ovation from the entire arena.

The mayor of Brent was in attendance, accompanied by the MP of Brent; Dawn Butler, who confessed to being a huge Basketmouth fan.

Speaking on the success of the event Mr. Ropo Akin CEO Cokobar Event promoters who has supported Basketmouth in the UK for the last 10 years said they are elated as it is a big win for not just Nigerians but Africa as a whole.

Basketmouth started showbiz as a rapper, he formed a group called “Da Psychophats” which had 7 members and they started going for shows and rapping in 1995.

This did not go down well, the group broke up and he formed another rap group known as “Da Oddz” with his brother Godwin and Muyiwa Osunrobi.

This venture was equally unsuccessful, as their style of rap was not popular in the Nigerian arena.

Basketmouth’s career started around 2000 when he meet one of the Fathers of comedy in Nigeria, Ali Baba. His professional stand up comedy act came into play 2001.

During these defining years, Basketmouth and his team launched his one-man standup comedy concert tagged ‘Basketmouth Uncensored’ a show that reached every form of success, the show witnessed 4 years (2005-2009) and each of the installment was a sold out concert, he stopped hosting the show to introduce other comedy brand ‘Lords of the Ribs, Nigerian Kings of comedy, African Kings of Comedy & Laffs n Jamz’ in 2014 Basketmouth re-launched his one man comedy show which was unarguably one of the best he has done.