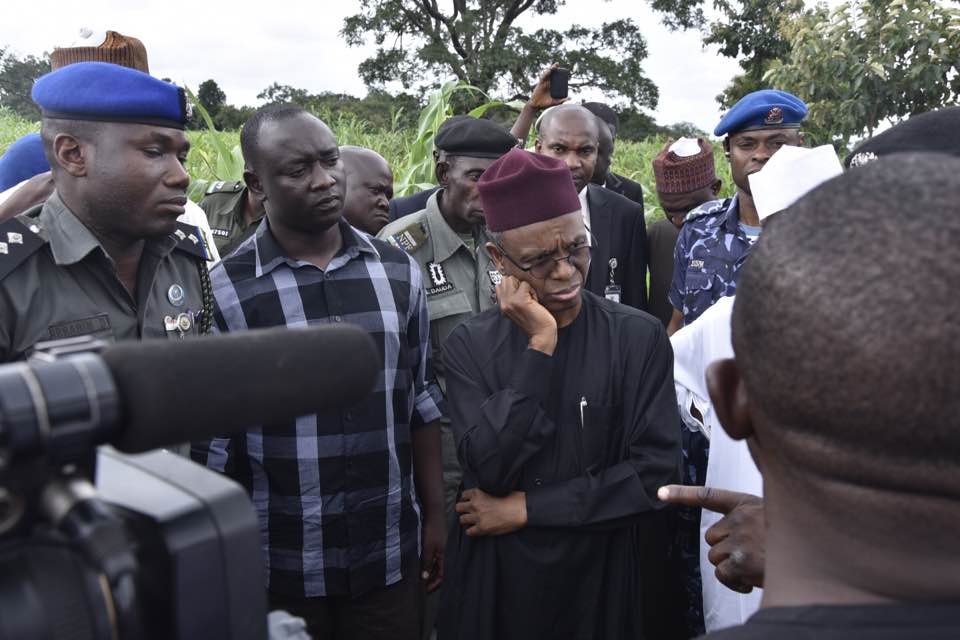 Samuel Aruwan, Abuja: The Kaduna State Government on Monday announced that the Garrison Commander of the 1 Division of the Nigerian Army and the state’s Commissioner of Police have relocated to the southern part of the state.

This is to enable Brigadier-General Ismaila Isa and CP Agyole Abeh coordinate a determined response to renewed attacks by armed bandits on communities in Kaura and Jema’a local government areas.

The situation has been brought under control by this afternoon, but security operations continue.

A government statement said that Malam Nasir El-Rufai has extended his condolence to the families of the victims of the renewed attacks which began last night, 19th February 2017.

The governor assured them that the government is fully committed to securing the area, with the active support of the army and the police.

The statement added that the two battalions of the army and the 10 mobile police squadrons are engaging the bandits, as the duty state carries out its obligations to secure the area, protect lives and rout these armed bandits.

The governor said that despite these difficulties and the pain of the attacks, this is not the time to give the bandits the pleasure of seeing victims turn on each other. He called for support for the army and the security agencies as they work to repel attacks and crush the bandits.

Unknown gunmen in a coordinated attack invaded Bakin Kogi, Kaninkon Village in Jema’a Local Government Area in the State on Sunday 19th February, 2017 at about 5:30pm. They were repulsed by Operation Yaki Surveillance Patrol Teams and Operation Harmony Patrol Teams. Further attacks were recorded today in Kaura local government. Fatalities were recorded and some houses were burnt in the attacks.

“I have been in touch with the security agencies and I have been studiously following the situation in Jema’a and Kaura Local Government Areas over the unfortunate attacks. I want to, first of all, extend my heart felt condolences to the families and relations that lost their loved ones and properties in these unfortunate attacks. My prayers and support equally goes to citizens that sustained injuries and are traumatised by what they witnessed.

“This is clearly a wicked, evil and devilish act being perpetrated by enemies of peace and humanity.”

“I also wish to commend our gallant soldiers and police personnel, who are defending our communities.The Kaduna State Government will continue to work assiduously with security agencies towards the protection of life and property.”