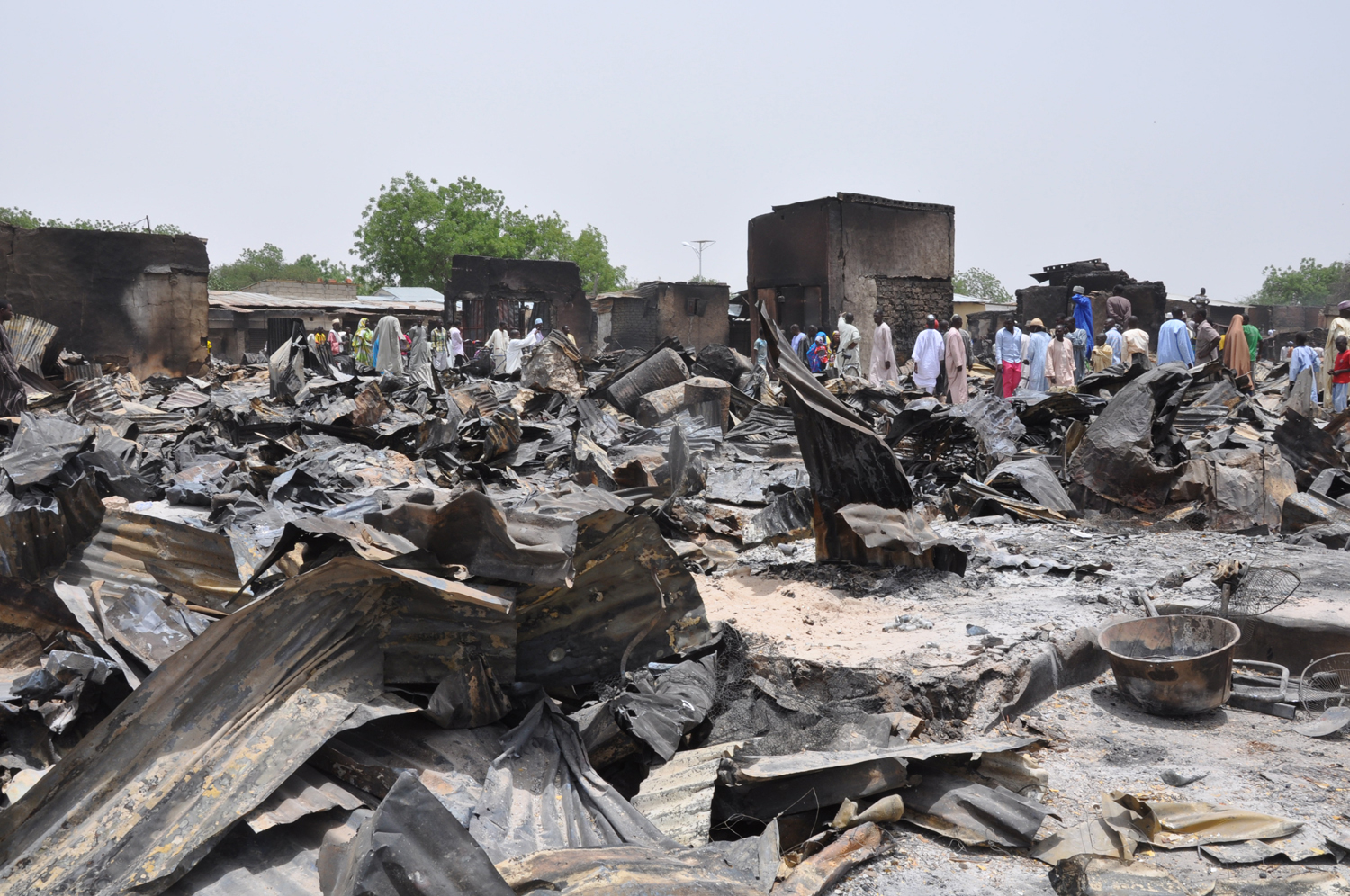 Isa Gusau, Abuja: Borno State Governor, Kashim Shettima on Tuesday night arrived, Oslo in Norway where he is expected to speak as the United Nations and Government of Norway, Germany and Nigeria jointly host a two-day donor conference that is focusing on humanitarian crisis arising from the Boko Haram insurgency in the Northeast and other communities within the Lake Chad Region. Governor Shettima left Abuja on Tuesday morning and was received at night in Oslo by Norwegian officials coordinating protocol according to the Governor’s spokesman, Malam Isa Gusau who accompanied him on the trip.

Tagged, ‘Oslo conference on Nigeria and the Lake Chad’, the conference is scheduled to hold on Thursday and Friday with donors from different countries expected to make financial commitments needed by humanitarian agencies to increase aid and rebuilding of livelihoods for victims of attacks in Nigeria, Niger, Chad and Cameroon.

UN envoys, humanitarian workers from the USAID, European Union and other parts of the world and Foreign Ministers of the three host countries are expected to grace the event. Nigeria’s Foreign Minister, Godfrey Onyema is leading Nigeria’s Federal delegation while Shettima was invited given that Borno is worst affected by insurgent attacks.

Governor Kashim Shettima is scheduled to address some participants on Thursday before joining a panel to discuss “Response and Recovery towards Durable Solutions”‎. The Borno Governor is speaking alongside the United Nations High Commissioner for Refugees, Mr. Filippo Grandi; the UN Resident Coordinator and Humanitarian Coordinator for Nigeria, Mr. Edward Kallon; Mr. Jan Egeland‎ of the Norwegian Refugee Council with Mr. Bill Swing‎ of the UN International Committee on Migration expected to moderate the panel.

The panelists are expected to “focus on on the role of international partners in supporting returns, modalities of forging closer links between emergency response and long-term recovery, ensuring greater involvement of national and local authorities in assisting families restart their lives and that the particular needs of women and girls are addressed”.

The refugee-hosting countries also have sizeable IDP populations (Cameroon: 198,889; Chad: 103,876; and Niger: 121,391). Conflict continues to cause new and secondary displacement. Access to food and basic services is considerably limited and often result in negative coping mechanisms. Livelihoods, including from cross-border trade, continue to be severely constrained, and the social cohesion among communities has been badly damaged.

The situation is further compounded by the fragile socio-economic context of the Sahel, which includes chronic poverty, harsh climatic conditions, poor infrastructure and limited access to basic services”.

The conference aims increasing international commitment to addressing humanitarian needs and rebuilding of livelihoods and to deepen cooperation on addressing the problems. A joint outcome is expected at the end of the conference on Friday.