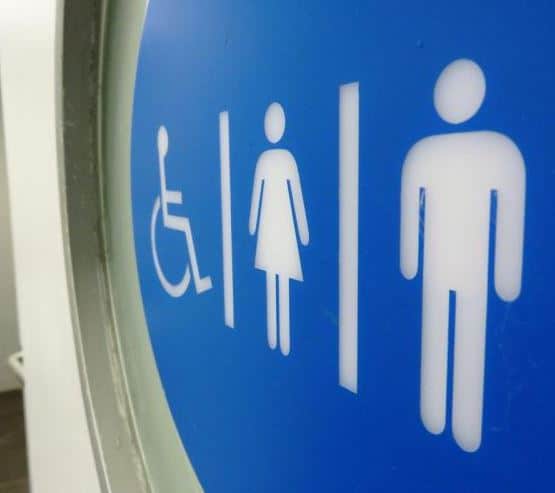 President Donald Trump has revoked the rights given to transgender students in public schools to use any bathroom of their choice.

With this move, Trump reversed a landmark decision of former President Barack Obama.

Obama had instructed public schools to allow transgender students to use the bathrooms matching their chosen gender identity, threatening to withhold funding for schools that did not comply.

However, Trump has revoked those guidelines even though a federal judge had put them on hold arguing that their should be no interference in public schools.

A new a superseding guideline would now be sent to public schools across the U.S.

READ: Time For Nigeria, US To Deepen Relationship Based On Trust, Says Ag. President Osinbajo

According to Reuters, reversing the Obama guidelines stands to inflame passions in the latest conflict in America between believers in traditional values and social progressives, and is likely to prompt more of the street protests that followed Trump’s Nov. 8 election.

A couple hundred people gathered in front of the White House to protest the Republican president’s action, waving rainbow flags and chanting: “No hate, no fear, trans students are welcome here.” The rainbow flag is the symbol of lesbian, gay, bisexual and transgender (LGBT).

“We all know that Donald Trump is a bully, but his attack on transgender children today is a new low,” said Rachel Tiven, chief executive of Lambda Legal, which advocates for LGBT people.

“Our fight over the bathroom directive has always been about former President Obama’s attempt to bypass Congress and rewrite the laws to fit his political agenda for radical social change,” said Paxton, a Republican.

Transgender legal advocates have criticized the “states’ rights” argument, saying federal law and civil rights are matters for the federal government to enforce, not the states.

That case pits a Virginia transgender boy, Gavin Grimm, against officials who want to deny him use of the boys’ room at his high school.