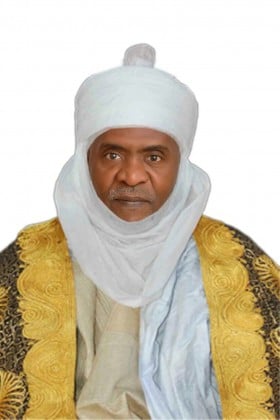 He was posted to Abakaliki in Ebonyi State for the mandatory National Youth Service (NYSC)  in 1979. He was then employed as District Engineer by the Ministry of Works & Transport, Bauchi State in 1979-1980 in which he was responsible for the maintenance of all roads in the District. Then Supervisory Engineer in 1980-1986 responsible for design, supervision and construction of various roads within the State (over 300kms in length).

After service of the Bauchi State Government, he became Managing Director Coastal Bottlers in which he planned and formed the Company’s operations includeing full design, engineering, marketing and analytical facilities.

He develops and produces the concentrates for which the company was recognized as national merit award winners for local raw-materials development. He brought into market two flavours, built a truck base from 6 to 56 vehicles within this period, and achieved a production level of 6000 cases per day.

He also create Trit Industries Limited which was able to developed as a subsidiary for production of pouch drinks, with production facilities in Lagos, Aba

and Kano in 1987-1991. Engr. Saleh co-ordinated a small team in 1990, he under took a detailed study on new opportunities for investment and structural adjustment, away from his existing  business due to foreign exchange scarcity for spares, equipment replacement, and inability to maintain much needed expatriate personnel.

He identified various solid minerals deposit, then planned and formed companies to win them. He also formed Kaffo Mines Limited, where deposit for Lead/Gold were identified and acquired in Babban Tsauni. Detailed Surveys, Metallurgical Studies on pilot plants were undertaken in the UK. A 200 tonnes per day plant was designed and equipment was acquired.

He formed another company New Dawn Processing Ltd. in which deposits of dolomite and calcite were acquired at Kwakuti, Niger State. A 40,000 MTPA circuit for grinding, granulation and drying Magnesium Oxide (MgO) and Calcium Carbonate granules as feed stock for NPK fertilizer blending is now in operation.

It is therefore, no exaggeration to say that the title conferred on Engr. Alhaji Kabiru Aminu Saleh is appropriate to him having the right to claim on account of both his paternal and maternal sides. With his track record of prudence, transparency and accountability, the Emirate Council is therefore blessed with yet another trustworthy custodian who merits the title WAMBAI.