Why We Invite Suswam For Interrogations ~ DSS 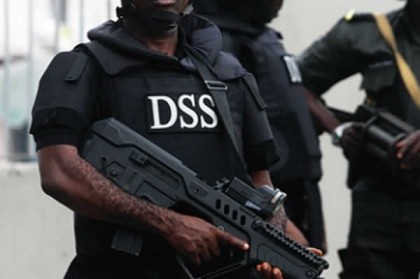 Tony OPUIYO, Abuja; The Department of State Services (DSS) wishes to inform the public that on 24th February, 2017, between 2100 hours and 0242 hours, the Service executed a search warrant, at the property of Dunes Investment and Global Properties Ltd, located at No 44 Aguiyi Ironsi Way, Maitama-Abuja. The operation was informed by intelligence that some incriminating items were stashed in the boots of cars parked at the property, particularly a Mercedes Benz S550 (BWR 135AH), and Masarati 4.7 (BWR 207 AJ), which were subsequently confiscated.

Consequently, on 25th February, 2017, about 1000hours, in the presence of two (2) private security officers employed by Dunes Investment, the cars were searched and the following items were recovered: