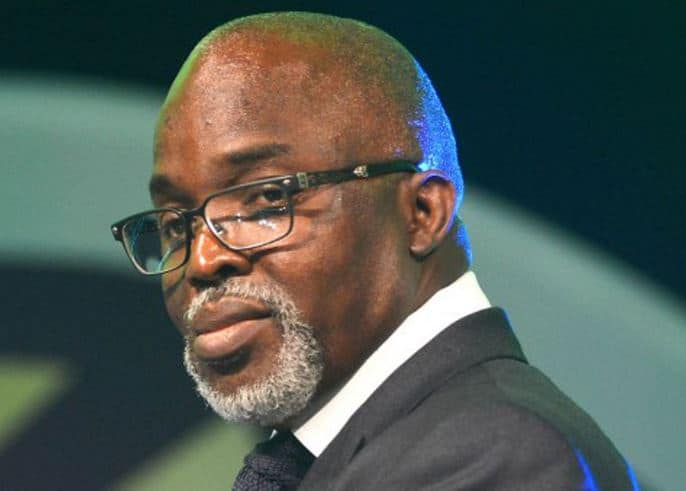 The Government of the Federal Republic of Nigeria, through the Youth and Sports Ministry, has further endorsed the candidature of NFF President Amaju Pinnick for a seat on the Executive Committee of Confederation of African Football, at the polls scheduled for next month’s Congress in Addis Ababa, Ethiopia.

At a meeting convened by Youth and Sports Minister, Barrister Solomon Dalung in Abuja on Tuesday, Pinnick and members of his Executive Committee briefed the former, and at the end, Barrister Dalung said the Government of Nigeria has given its blessing to Pinnick’s quest and will fully support him.

With regards to the CAF presidential election also coming up at the same Congress in Addis Ababa, the gathering advised, just as the NFF Executive Committee had done in its meeting of Tuesday, 7th February 2017, that the NFF boss should use his discretion to vote for the candidate who will best serve Nigeria’s footballing interest. It was agreed that the interest of Nigeria should be paramount in all calculations.

Incumbent CAF supremo Issa Hayatou, the former 400m and 800m champion of Cameroon and who has been in office since 1988, is being challenged by Mr. Ahmad Ahmad, president of the Malagasy Football Federation.

The meeting also resolved that other stakeholders in Nigerian Football who have suggestions/advice/ recommendations should tender same through the NFF and not in the media.

The session was attended by all members of the NFF Executive Committee, bar Hon. Suleiman Yahaya-Kwande and Mr. Chidi Ofo Okenwa who forwarded apologies for absence.

The coast is thus clear for Pinnick, vice president of WAFU B, a member of the Organizing Committee for the Africa Cup of Nations and member of the Organizing Committee for FIFA Competitions, to challenge Beninoise Anjorin Moucharafou for a seat in the supreme club for football administration in Africa, at the 39th Ordinary Congress of CAF in Addis Ababa on Thursday, 16thMarch 2017.

Only two Nigerians – Etubom Oyo Orok Oyo (of blessed memory) and Dr. Amos Adamu – have sat on the CAF Executive Committee in the body’s 60 years of existence. An attempt by former NFF President Aminu Maigari to join the club in 2013 ended belly up.