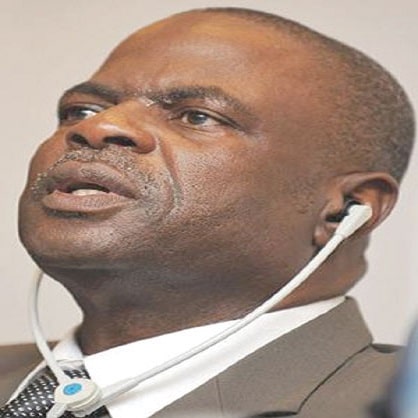 The adjudicatory chamber of the independent Ethics Committee, chaired by Hans-Joachim Eckert, has decided to ban the former football official Amos Adamu for two years from taking part in any kind of football-related activity at national and international level.

The adjudicatory chamber determined that, through his involvement in the organisation of an event in 2010, while being a member of the (then) FIFA Executive Committee, Mr Adamu violated articles 13 (General rules of conduct), 15 (Loyalty) and 19 (Conflicts of interest) of the FIFA Code of Ethics.

The sanction is effective from 28 February 2017, the date on which this decision was notified.

In 2005, Adamu was picked as a member of the organizing committee for the first ever World Cup Finals in Africa to be hosted in South Africa 2010.

In 2006, Adamu led the transformation of the Sports Ministry to the National Sports Commission (NSC). Adamu became an Executive Committee member of FIFA and the Confederation of African Football.

In April 2007, Adamu became the President of the West Africa Football Union.

As of January 2009, Adamu was still a member of FIFA’s 24-man executive committee. He was scheduled to appear in a Nigerian court to press a claim for £2.3 million damages he had laid 15 months earlier against a newspaper that published allegations of corruption.

In August 2009, Adamu stated that problems in Nigerian sports since his redeployment had vindicated him.

On 17 October 2010, It was reported in the UK Sunday Times that he allegedly agreed to receive £500,000 in order to influence the voting procedure with his vote for the 2018 FIFA World Cup bid. He denied any wrongdoing.

An investigation by FIFA banned him and Reynald Temarii from soccer administration.

In November 2010 Adamu received a three-year ban and 10,000 Swiss franc fine from FIFA Ethics Committee after being found guilty of breaching bribery rules.