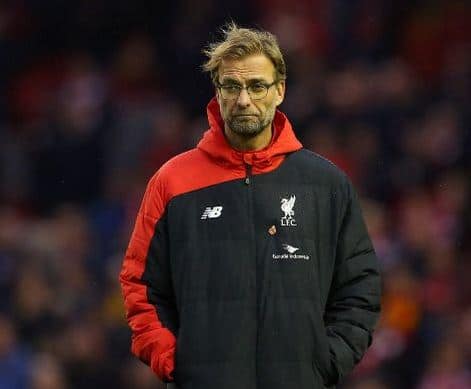 My Future At Liverpool Is On The Line – Jurgen Klopp

German Manager and former Borussia Dortmund helmsman, Jurgen Klopp admits that his future at Liverpool is on the line if he is unable to steer his players out of their recent slump in form following their 3-1 defeat at relegation-threatened Leicester on Monday.

Jamie Vardy scored either side of a Danny Drinkwater strike as the reigning Premier League champions started life without Claudio Ranieri with a victory, leaving Liverpool to drop out of the top four.

The defeat was Liverpool’s fifth in seven outings in all competitions and, although they remain the only top-six side unbeaten against their title rivals so far this season, Klopp knows he and his players are playing for their futures.

“It’s getting more serious now. We all play for our future, myself included,” Klopp said following the tie against Leicester.

“We get judged every day, especially on match days. Of course performances have influence on these things.

“I feel maximum responsibility because I am the manager. I hope I use the word ‘we’ and not ‘they’ because I’m involved in this.” 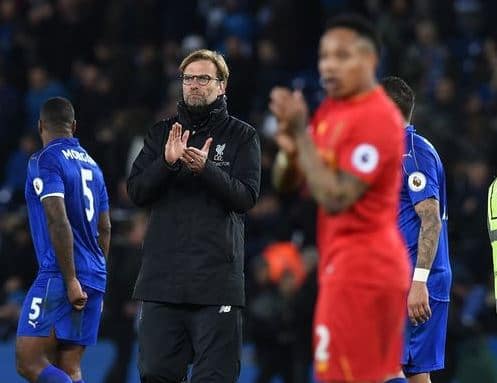 Liverpool have suffered away defeats by Burnley, Bournemouth, Hull and Leicester this season, while also losing at home to Swansea, leaving their hopes of Champions League qualification in doubt.

The Reds were also beaten home and away by Claude Puel’s Southampton in the League Cup semi-finals and lost 2-1 at Anfield to Championship side Wolverhampton Wanderers in the FA Cup.

Klopp won the German Football Manager of the Year in 2011 and 2012, before leaving Dortmund in 2015  to become manager of liverpool in October, having also become their longest-serving manager.