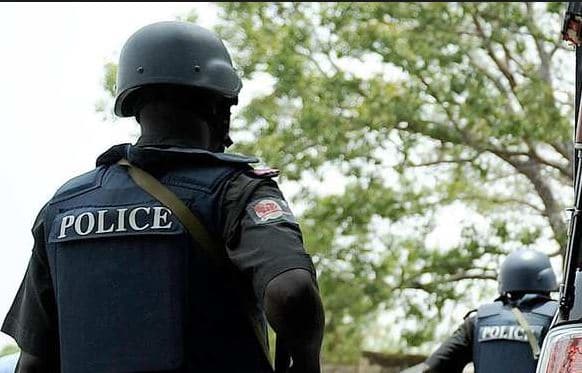 The Nigeria Police Force in a joint operations with the Personnel of the Military and Department of State Service on Tuesday, commenced operations to halt and rid the country of illegal/unlawful security outfits constituting National Security Threat and Threat to the protection of life and property of Nigerians across the country.

For avoidance of doubt the Peace Corps of Nigeria under the leadership of one Akor Dickson was registered as an NGO but with brazen impunity, total disregard to the laws of the Federal Republic of Nigeria, opened illegal training camps in some States of the Country, where thousands of youths and other persons without proper background check and screening are receiving converts Military training.

The Peace Corps of Nigeria has unlawfully turned itself into a security outfit without authorization and establishment by the Federal Government of Nigeria, as such, have deviated from the purposes for which they were registered as a Non Governmental Organization (NGO) by the Corporate Affairs Commission.

The Corps has no legal authority to wear uniform, parade itself as Security outfit, post their personnel on guard duties, and use ranking, insignia, badges of rank which are semblance of that of the Police, Military and other paramilitary organizations without the approval of Federal Government of Nigeria.

It is in furtherance of the above that the Nigeria Police Force, the personnel of the Military, Department of State Service, had in a joint security operations swooped on the Head office of the Peace Corps of Nigeria on the 28th February, 2017 situated opposite Jabi Lake, Utako District, sealed off the building and effected the arrest of one Mr. Akor Dickson, the Leader of Peace Corps of Nigeria and Forty Nine (49) others (on the attached list) for investigation in the interest of public safety and security.

They will be arraigned in court on completion of investigation.