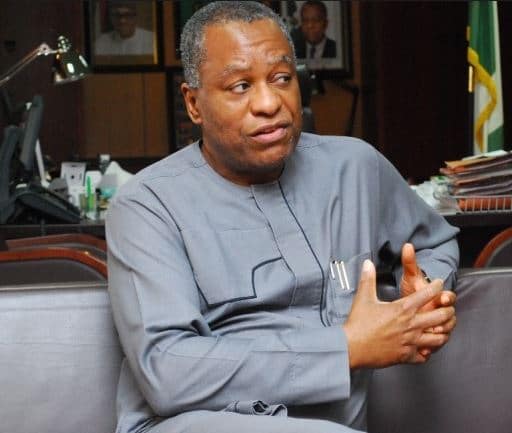 The Federal Government has condemned the 2015/2016 report of Amnesty International (AI) as lacking conformity to standards.

The government said the report lacked both local and international standards on evidence gathering.

The Ministry of Foreign Affairs in a statement by its spokesperson, Mr Clement Aduku, in Abuja regretted that the report never condemned the atrocities committed by terrorist groups in Nigeria.

Aduku stated that Amnesty did not deem it fit and proper, in line with best practice, to subject its Report process to wide consultations and in-depth engagement.

“Hence, it casts unnecessary and unverifiable aspersions on critical institutions of the Nigerian State.

“Such omission made the scenario captured in the report itself to totally lack conformity to both local and international standards.

“It is in this regard that the Ministry encourages AI to endeavour to consult widely before releasing its future publications to ensure a more balanced, credible and unbiased reportage,” he stated.

The ministry said it was worrisome to observe that the Report neither encourages compliance with national laws nor condemns horrendous, mindless, and ruinous activities of terrorist groups in Nigeria.

He stated that the AI should be aware that Nigeria was a law-abiding State governed by democratic norms enshrined in the 1999 Constitution (as amended).

“The Federal Government does not, and will not condone, the brazen and needless display of lack of regard for constituted authority by any unlawful groups.

“Accordingly, no persons or group of persons will be allowed to destabilize the peace, stability and security, or jeopardize the unity and sovereign existence of Nigeria

“No matter how highly placed and the level of external support such individuals or group of persons enjoy,” he warned.

The ministry noted that where terrorists have unleashed their dastardly acts, legal means and measures are usually deployed by affected countries to counter violent extremism.

Nigeria should therefore, not be unduly pressured or pilloried for taking similar measures in defence of its national security, he said.

“Even if AI does not deem it fit to report on the atrocities committed by violent groups, the Government of Nigeria will ensure that the culprits are brought to book,” it stated.

The Ministry pointed out that the case of Mr El-Zakzaky, which AI pronounced on, was a high and sensitive national security issue.

The government stated that the activities of the Islamic Movement of Nigeria (IMN) in general and El-Zakzaky Movement in particular, were reminiscent of Boko Haram.

He that this had become a menace and a source of concern not only to Nigeria, but to the Lake Chad Basin region and the entire world.

“The conduct of the El-Zakzaky movement is one that cannot be tolerated by any progressive democratic government.

“The AI, in dabbling into Nigeria’s legal and judicial system, did not give due credence to the Federal Government’s appeal filed against the decision of the lower court for El-Zakzaky to be released”.

The Ministry also reiterated that the agitation for a sovereign State of Biafra was unacceptable and detrimental to the peace, unity, stability and development of the Nigerian State.

It stated that the scenario captured and the report itself lacked conformity to both local and international standards on evidence gathering.

“Nonetheless, if any security personnel are found to have flouted the rules of engagement, or acted unprofessionally, such officers would be punished in accordance with the provisions of the law.

“Nigeria remains committed to the freedom of expression and association, peaceful assembly and protest within the confines of the law,” it stated.

It stated that the right of Nigerian and culture must be respected on the issue of lesbian, gay, bisexual, and transgender (LGBTI).

“On LGBTI, the inviolability of the enactment of the National Assembly and the sovereign right of Nigerians expressed through their religious-cum-ethical values and cultural rights must be respected by all,” he stated.

He stated that the morale of the security forces undertaking the difficult task of risking their lives and sacrificing their comfort to keep Nigeria safe and united must not be dampened.

“The Government of Nigeria is deeply concerned about the rights and safety of all Nigerians,” it stated.