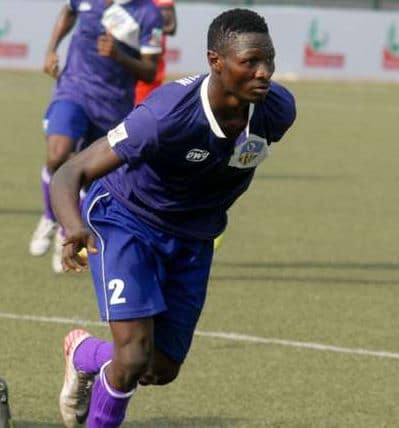 Sikiru Olatunbosun of MFM FC has hit the headlines again as his goal against Rangers has been named ‘Goal of the Week’ by the influential American news channel Cable News Network (CNN).

Olatunbosun scored a beauty of a goal in Matchday 10 of the Nigeria Professional Football League game at the Agege Stadium which went viral with the winger getting accolades from renowned pundits, blogs and websites.

The goal was quite special and Olatunbosun’s execution was brilliant as he gave the home side a 1-0 lead in the game that they eventually won 2-1.

Onuwa found space to lob the ball to Stephen Odey, who on noticing three Rangers defenders closing in on him, flicked the ball with the inside of his left boot to Olatunbosun.

In one swift movement, Olatunbosun contoured his body to meet the direction of the ball while flicking it over a visibly bamboozled Etim Matthew with his left foot, before taking a 180-degree turn and letting fly with the same left foot.

The ball went all of 20 yards, taking a swerve on the way before landing in the top right corner of the Rangers net.

The MFM striker won the CNN ‘Goal of the Week’ poll ahead of Roma’s Raja Nainggolan, Youri Tielemans of Anderlecht and Joey Jones of Woking FC.

Olatunbosun came tops with a whopping 82 percent of votes cast ahead of Nainggolan who had 11 percent, Tielemans at six percent while Jones had one percent out of the 6 647 votes cast.

Mountain of Fire FC are currently at the fourth position on the Nigerian Professional Football League table with 9 matches played.