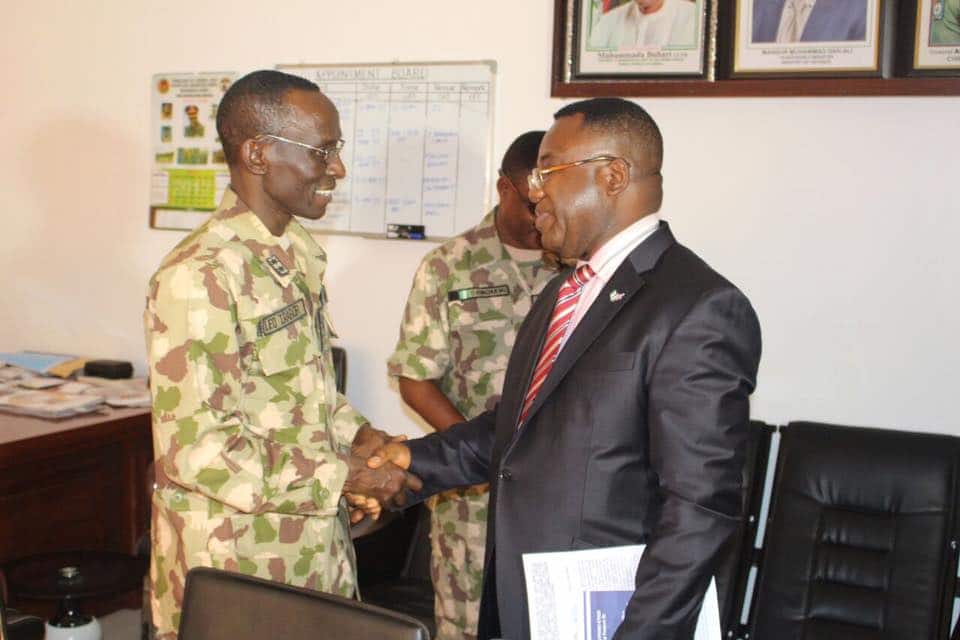 Respect For Human Rights Is An Institutional and Moral Obligation – Gen. Irabor

Onyema Nwachukwu, Abuja: The Theatre Commander Operation LAFIYA DOLE Major General Lucky Irabor has averred that respect for Human Rights is an institutional and moral obligation for troops of operation LAFIYA DOLE who are currently operating in the Counter insurgency operation against Boko Haram Terrorists in north east Nigeria.

General Irabor made the statement today whilst receiving the representative of the Executive Secretary National Human Rights Commission Mr. Tony Ojukwu during a courtesy visit to the Headquarters Theatre Command Operation LAFIYA DOLE.

The Theatre commander further stated that the provisions of the Operation’s Code of Conduct and Rules of Engagement are testimonials to the professional and positive disposition of the Theatre Command and its troops to Human Rights and International Humanitarian Laws in the conduct of the war against terrorism and insurgency.

While reiterating that military duties are centered around personal and national sacrifice, General Irabor however expressed dismay that the military which has volunteered to sacrifice for peace and development of the nation is being contrived in some quarters as wilingly violating Human Rights.

He assured the National Human Rights Commission of the willingness of the Theatre Command to partner with it in promoting human rights accountability in the Theatre of operation in the North East.

Speaking during the visit, Mr Tony Ojukwu stated that the commission was quite pleased to acknowledge that the Nigerian Armed Forces is already conscious of the need to carry out the counter insurgency operation with utmost respect for human rights as it is beneficial to both the military and Nigeria in general.

He also noted that the Nigerian Army holds quarterly human rights dialogue with the Commission which has further enhanced the human rights disposition of the force. 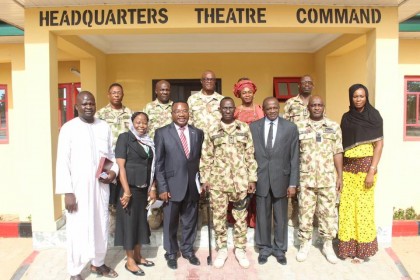 The executive secretary also commended troops of operation LAFIYA DOLE for their efforts at degrading Boko Haram to the present level of impotency and condoled with the Armed Forces for the gallant officers and men who paid the supreme sacrifice in the operation.

He urged the Theatre commander to consolidate on the present gains by partnering with the Commission, Human Rights Agenda Network, the European Union and other human rights organizations embarking on the project on Promoting Human Rights Accountability in the North East.