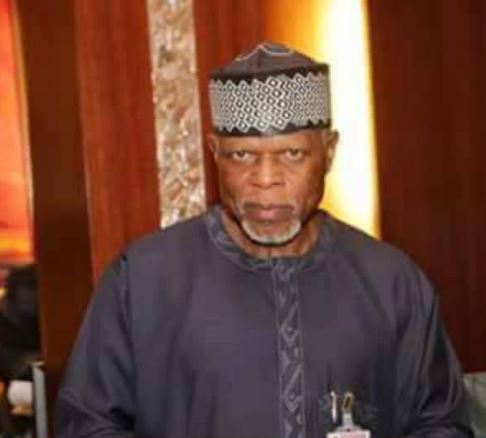 Customs Boss To Appear Before Senate Over Vehicle Duties

The Senate has ordered  the Comptroller-General of the Nigerian Customs Service, Col. Hameed Ali (retd), to appear before its Committee on Customs and Excise to explain the circular he passed regarding verification of vehicle duties by vehicle owners.

It was one of the decisions reached at the Senate plenary Tuesday. No date has been fixed for Ali’s appearance. The senate also ordered  the Customs  to suspend the proposed policy.

This followed an observation by Deputy Leader of the Senate, Bala Ibn Na’Allah, at plenary on Tuesday.

He cited Orders 42, 43 and 52 of the Senate Standing Orders, 2011 (as amended) and requested that the matter be attended to as urgent as possible.

According to Na’Allah, the customs boss recently passed a circular, informing Nigerians of the policy.

He said the circular required vehicle dealers and owners to go to nearest Customs office to check if they paid correct customs duties and if not, to update payment or be punished as illegal smugglers.

He added that it was expedient that the Upper Chamber treated the issue as a matter of priority, adding that implementation of the proposed policy was scheduled for April 12.

The lawmaker said that in line with the circular, four zonal offices of Customs had been created for affected dealers or vehicle owners to go and carry out the proposed verification.

He cautioned that allowing such policy would impose more hardship on Nigerians.

Contributing, Sen. Dino Melaye, said that the policy was unacceptable.

“What the Nigerian Customs has done by this announcement is pure advertisement of incapacitation and incompetence.

“An innocent Nigerian who went to Kano or Kubwa, approached a dealer and bought a vehicle five to seven years ago will now be stopped for stop-and-search by Customs.

“This means that on a day he is rushing his son to the hospital, they will ask him if he has paid correct duty for the car he bought from a dealer.

The Deputy President of the Senate, Ike Ekweremadu, said that inasmuch as customs would be encouraged to generate revenue for government, it should not be done at the expense of common sense and legality.

“Let me also say that we share the concerns of the customs boss on raising revenue to run our country but unfortunately, it cannot be at the expense of common sense and legality.

In his remarks, President of the Senate, Dr Bukola Saraki, said that the Senate must carry out oversight on agencies of government to ensure that they complied with provisions of law.