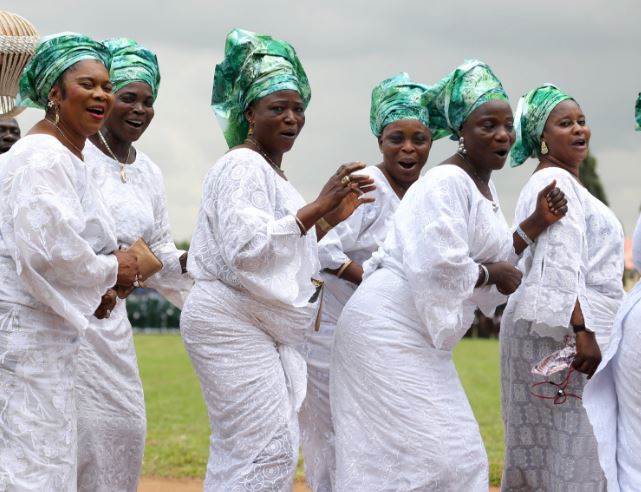 The President of the Senate, Dr. Abubakar Bukola Saraki, celebrates the 2017 theme of International Women’s Day, ‘Be Bold For Change’, in recognition of all women in leadership throughout Nigeria!

In a Press Statement signed by his Special Assistant on Gender Advocacy, Ms. Fatima Mohammed Kakuri, Saraki stated that International Women’s Day presents an opportunity every year for us to recognize and celebrate the talent and achievement of Nigerian women and girls.

“We must appreciate the fact that 49.6% of our mothers, wives, daughters, and sisters own or manage 48% of the informal micro-businesses in Nigeria,” he said, “Such numbers are truly significant because they demonstrate that Nigerian women contribute  immensely to our social, economic, and political development.”

Saraki also said: “In everything that we do, we need to be bold for change and work towards the redefinition of opportunities for future generations of women. We need to challenge bias and inequality by standing up when women are excluded from positions of leadership. However, all of this can only be achieved through synergy of effort between men and women.”

The earliest Women’s Day observance was held on February 28, 1909, in New York and organized by the Socialist Party of America.

On March 8, 1917, in the capital of Russian Empire, Petrograd, a demonstration of women textile workers began, covering the whole city. This was the beginning of the Russian Revolution.

Seven days later, the Emperor of Russia Nicholas II abdicated and the provisional Government granted women the right to vote. March 8 was declared a national holiday in the Soviet Russia in 1917.

The day was predominantly celebrated by the socialist movement and communist countries until it was adopted in 1975 by the United Nations.

With this year’s theme: ‘Be Bold for Change’, the official website for the day quoted this: “For International Women’s Day 2017, we’re asking you to #BeBoldForChange Call on the masses or call on yourself to help forge a better working world – a more inclusive, gender equal world”