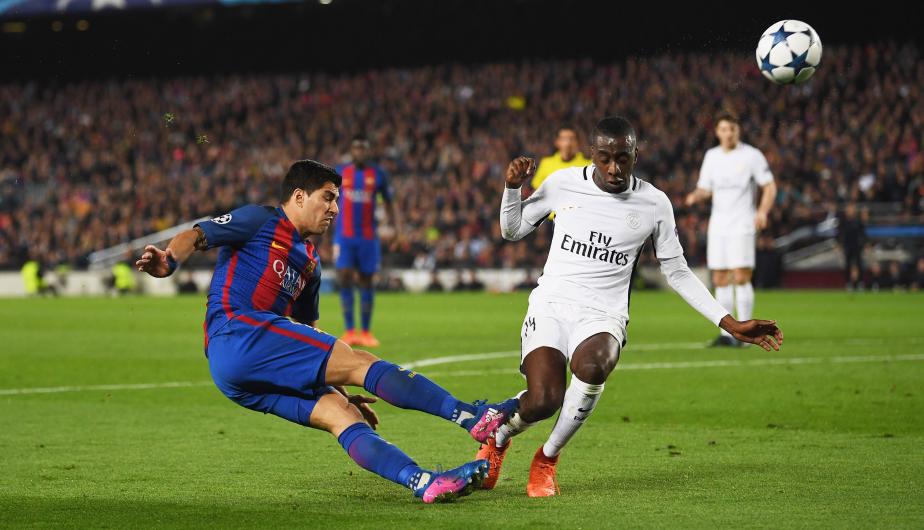 Inside The Greatest Comeback of UEFA Champions League, Barcelona vs PSG

However, their attacking threat from three weeks ago was replaced by a nervous and clumsy defence as PSG looked resigned to a night of toil from the off.

Louise Gwilliam, BBC Sport reports the Spanish champions were 5-3 down on aggregate in the 88th minute, but scored three goals in the final seven minutes in one of the greatest European ties of all time.

Barcelona had led 2-0 at the break courtesy of Luis Suarez’s header after just three minutes and Layvin Kurzawa’s ’40 mins own goal.

Barca added another shortly after half-time when Neymar fell over Thomas Meunier in the box and Lionel Messi converted the penalty.

Neymar’s free-kick and penalty followed by Sergi Roberto’s 95th-minute winner sealed victory on an incredible night at the Nou Camp.

Former Manchester United manager Sir, Alex Ferguson said “the drama on Wednesday night not only equaled but superseded that crazy night when Bayern Munich’s ribbons were on the trophy but they didn’t get to take it home. “Football,” Sir Alex Ferguson famously added, “Bloody hell!”

ESPN report fans crying, players tearful, some of the grey hairs in Luis Enrique’s stressed head instantly turning back to jet black. Journalists shaking their heads in disbelief. Sergio Busquets, the only player taking it all in with total zen calm, walking around and soaking it all up instead of leaping on a giant pile of Barcelona players in the middle of the pitch.

“I would like to emphasise those who didn’t have the faith when we lost 4-0 [in the first-leg],” Enrique said. “This is dedicated to them because we are not the Harlem Globe Trotters, this is football. I do not think any of us stopped believing. The team were spectacular. We were rewarded in the end.” Luis Enrique the Catalan manager said 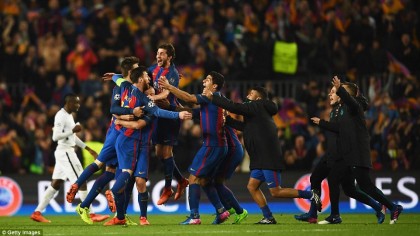 “I’ve never experienced anything like that. The coach asked us [before the game] if we’d already pulled off a ‘remontada’ and nearly no one said ‘yes’. We did what the coach wanted.” Samuel Umtiti

PSG have lost in the last eight in each of the past four years of the Champions League, but did not even make it that far this season thanks to Barcelona’s brilliance.