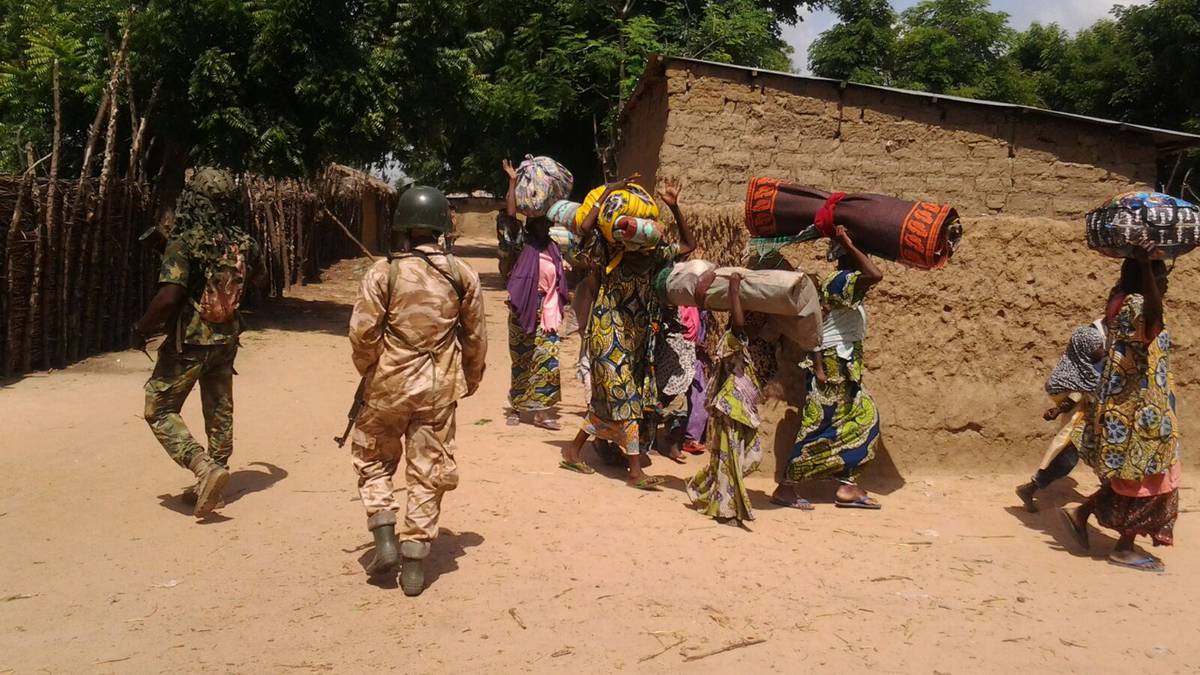 SK Usman, Abuja: In order to sustain the tempo of the clearance operations of the remnants of Boko Haram terrorists that are hiding in remote areas and some villages, troops of Operation LAFIYA DOLE have been carrying out ambushes, raids, cordon and search operations in the theatre and northeast generally.

Today, troops of 159 Battalion Artillery Detachment based on information and confirmation on the presence of suspected Boko Haram terrorists at Tula Udah forest, carried out heavy bombardment to neutralize them.

Troops of 22 Brigade Garrison also conducted clearance operation at Gama and Muyile villages, along Dikwa-Gulumba road. During the operation, they came in contact with 2 Boko Haram terrorists fleeing towards Muyile village and neutralized them. The troops recovered the terrorists’ weapons and Internally Displaced Persons foodstuff at the village.

In order to enhance capacity building and professionalism, 22 Brigade conducted a workshop on the protection of civilians during conflicts for Senior Non-Commission Officers (SNCOs) of the formation in Dikwa.

The 22 Brigade Garrison also intercepted 474 persons that comprised of 177 females, 20 males, 127 male children and 150 female children approaching Dikwa from Muliye and Masa villages along Dikwa-Gulumba road, Dikwa Local Government Area of Borno State. During security checks and screening 5 persons among them were confirmed to be fleeing Boko Haram terrorists. The rest were handed over as Internally Displaced Persons to the Coordinator of Dikwa Internally Displaced Persons Camp.

Similarly, troops of 82 Battalion have handed over 8 women and 8 children to Pulka Internally Displaced Persons Camp, while a suspected Boko Haram terrorist, Alhaji Mustpha Bulama, was on Monday arrested by troops of 7 Division Garrison at his residence located at Musari, along Baga road, Maiduguri. The suspect, who hailed from Magumeri, was said to be a member of the Boko Haram terrorists group and active collaborator.

The troops also arrested 2 suspected fraudsters, Ibrahim Mustapha and Hassan Mohammed at Bulabulin general area of Maiduguri metropolis in conjunction with Civilian JTF. The suspects were caught selling fake food cards to unsuspecting locals in the area at the rate of Four Hundred Naira per card. They were however handed over to Nigeria Police.

Troops of 145 Battalion of 8 Task Force Division, also recovered a Toyota pick up van snatched at Balanga and Kindalkura villages general area by suspected Boko Haram terrorists. They also recovered another snatched vehicle during a wedding ceremony. However, suspecting fowl play, the troops arrested the owner of the recovered vehicle, Bulama Ali for investigation.

Yesterday at about 11.12am one Bulama Shuwa Kyari, a truck conductor with registration number, XA 538 MAR, driven by Kaka Bulu Abba conveying planks to Damasak was intercepted at troops checkpoint with 4 parcels containing substance suspected to be Indian hemp. Suspect and exhibits are in custody of 158 Task Force Battalion for preliminary investigation.

Yesterday Tuesday, advancing troops towards Sa’ada village, met heavy presence of Boko Haram terrorist in the area. They however engaged them and destroyed the terrorists’ makeshift camps at Gwari and Ganye villages. The troops had to withdraw to Forward Operation Base at Kerenoa. Unfortunately, 1 soldier paid the supreme price, 2 others were missing in action, while an officer and 13 soldiers were wounded in action. The wounded are in stable condition, while concerted effort is ongoing to recover the 2 missing in action soldiers.