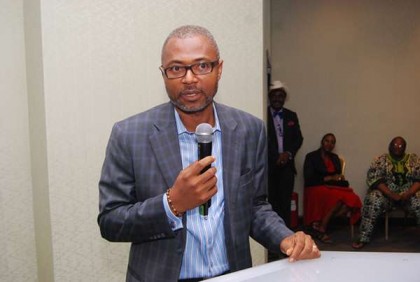 Justice Gabriel Kolawole of the Federal High Court, Abuja, has adjourned to April 4, 2017 for continuation of trial of Emeka Mba, a former Director-General of the Nigerian Broadcasting Commission, NBC, who is facing a 15-count charge of money laundering and procurement fraud to the tune of N2.8billion by the Economic and Financial Crimes Commission, EFCC. Read Also; EFCC Impounds 17 Vehicles Of Former Custom Boss

Mba is on trial alongside a former Director of Finance of NBC, Patrick Areh; Basil Udotai (trading in the name and style of Technology Adviser) and Babatunde Amure (trading in name and style of Divine Partners)
The adjournment of the case followed the withdrawal of an objection raised by I. F Chude, counsel to the second defendant (Areh), against the admissibility of Areh’s statement which the prosecuting counsel, Prince Ben Ikani sought to tender as evidence at the last sitting, February 28.
While Chude argued that the statement was involuntarily obtained and should be rejected, Ikani urged the court to discountenance it.

Justice Kolawole, therefore, adjourned to today for trial-within-trial to determine the voluntariness of the statement.
At the resumed sitting, Chude withdrew the objection saying, “I have since informed my learned friends that I am withdrawing that objection for the admissibility of the statement of 11th January, 2016”.  Read Also;EFCC Impounds 17 Vehicles Of Former Custom Boss

Consequently, the document was admitted as Exhibit 2 and the trial judge called on the prosecuting counsel to proceed with the trial.
But, counsel to the 4th defendant (Amure), Ikoro N. Ikoro, said he came to the court prepared for the trial-within-trial and not continuation of trial. He, therefore, made an application for adjournment.
Ikani kicked, describing the application as “flimsy”.

“The application for adjournment is at the instance of the defendant. In view of ACJA, my Lord, I want it to be noted that the court should take cognizance of such flimsy application”, said Ikani.
In granting the application, Justice Kolawole held that “it is of fundamental importance that the trial be adjourned because, the counsel did not come to court with the materials with which he will be able to conduct the defense of the 4th defendan