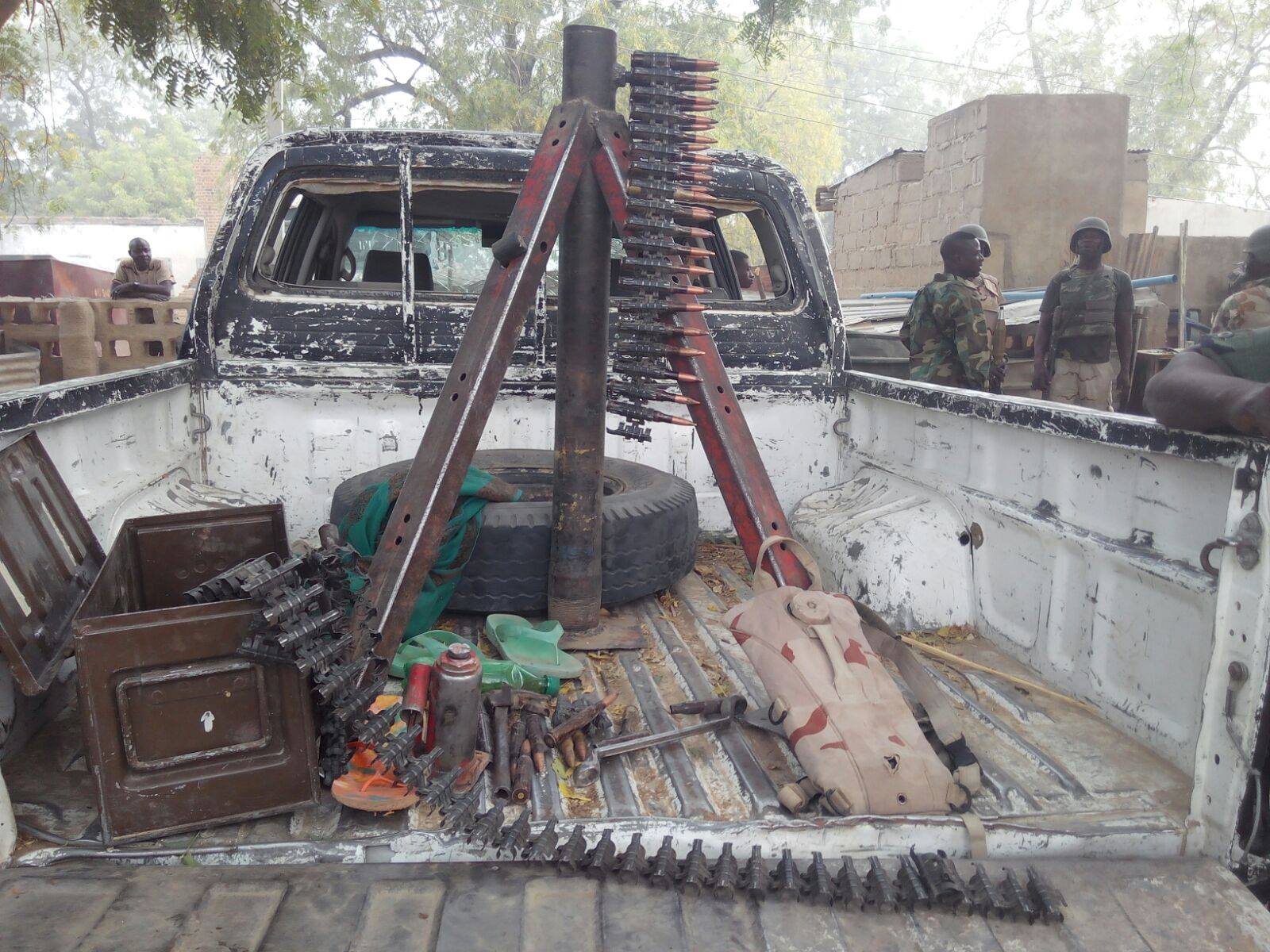 Troops Carried Out Clearance At Lawanti, Musari, Bori, and Gonizalari In Borno State

Based on information reports of presence of suspected elements of Boko Haram terrorists, ever vigilant and ready to go troops of 212 Battalion and 233 Battalion, 29 Task Force Brigade, Operation LAFIYA DOLE, in conjunction with elements of Civilian JTF, successfully carried out clearance operations at Lawanti, Musari, Bori and Gonizalari towns in Magumeri Local Government Area of Borno State.

During the operation, it was further gathered that the terrorists often come to the village on motorcycles and extort money and cart away foodstuffs.

Army spokesman, Brigadier General Sani Kukasheka Usman said troops of 22 Brigade Garrison also conducted clearance operation at Gama and Muyile villages, along Dikwa-Gulumba road. During the operation, they came in contact with 2 Boko Haram terrorists fleeing towards Muyile village and neutralized them. The troops recovered the terrorists’ weapons and Internally Displaced Persons foodstuff at the village.