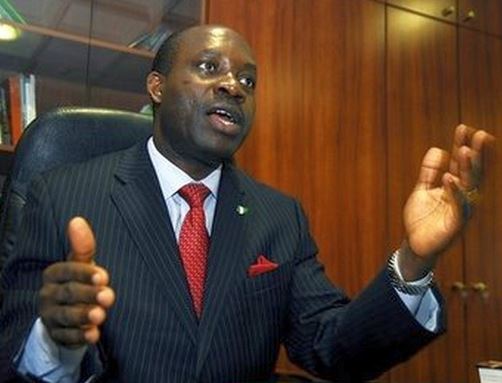 Professor Charles Soludo, a former Governor of the Central Bank of Nigeria (CBN), has said that the present government inherited a bad economy.

“To be fair, this government inherited a bad economy,” Soludo said at an economic talk shop, organised by the Vanguard newspapers.

“The previous government had an unprecedented rate of debt accumulation, even at a time of unprecedented oil boom and was even depleting our foreign reserves instead of doubling the reserves.

“Insecurity, especially in the north-east was very high, and corruption was pervasive,” he added.

Presently, he said, the size of nation’s Gross Domestic Product (GDP) has shrunk because of the economic recession.

At an economic talk shop, organised by the Vanguard newspapers, Soludo said the GDP shrunk from about $575 billion to about $354 billion.

In his estimation, the GDP is even much lower than $232 billion, using the parallel market exchange rate.

“In the previous 16 years, Nigeria’s GDP more than doubled in U.S. dollar terms.

According to him, the foreign exchange control has damaged business confidence and private investments, with massive capital flight.

He said that it had also driven the macro economy into recession making most macro variables worsened in the last two years.

He said the inflation rate has increased about nine per cent to about 19 per cent, unemployment from 7.5 per cent to 14 per cent.

Soludo also said that the situation called for a state of emergency with a progressive plan to lay the foundation for a post-oil economy.

“We would get out of recession any moment from now, with oil price increasing.”

He said it would be a miracle if the government was able to return the GDP in US dollar terms back to the level it met it, even by 2023.

He commended the Federal Government on the unveiling of the Economic Recovery and Growth Plan (ERGP).

Soludo said that the ERGP could still be expanded on how the economic diversification can be actualised..

“But it would take all hands to be on the deck to be able to pull out.,” he said.

He said that the present government had tried in blocking loopholes and stopping insurgency but solving the foreign exchange volatilities had remained a challenge.

The talk shop had other speakers, including Mr. Adams Oshiomhole, former governor of Edo State; Dr Kayode Fayemi, also a former governor and Minister of Steel and Solid Minerals; Mr. Issa Aremu, the deputy president of the Nigerian Labour Congress.

The talk shop with the theme, “ The Hard Facts to Rescue the Nigerian Economy” was moderated by Mr. Fola Adeola, the founding managing director of Guaranty Trust Bank.