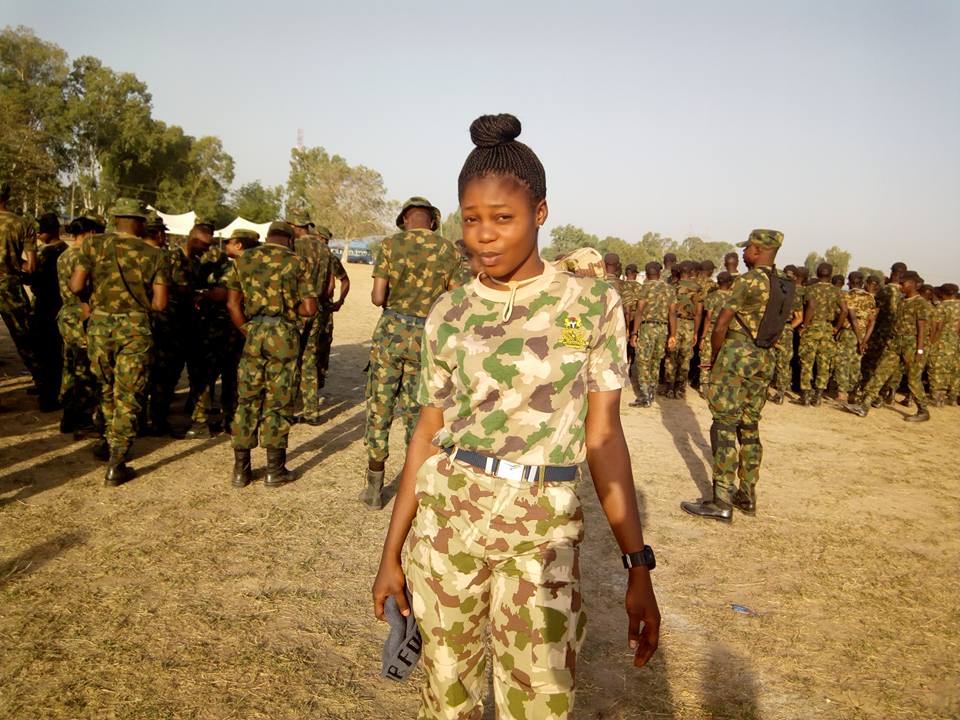 Airforce Personnel Kills Female Friend and Colleague At Base

Sunday morning 12/3/2017 is a day Nigerian Army amd the Nigerian Airforce Base in Makurdi and the people of Makurdi, Benue state will not easily forget.

Aircraft man Kalu B.A base in Makudi the Benue State capital yesterday shot and killed his girlfriend Shola who happens to be a colleague at the base in Makurdi for suspecting her to be cheating on him with someone.

Kalu seems to be nursing on how to perpetrate the heinous act for some days probably as investigation that leads to his personal Facebook Account (Leiut Kal) shows some postings before the incidence that says or signals something terrible is about to happen, looking at the time of the postings and the real time the incidence happened.

Kalu posted on his Facebook wall on 11 March at 08:50 “that’s how u look when u are an Armament technician. Hv been long gone but not fully back. They’re preparing d way for my next coming. Missed u guys.”

Then same day at exactly 22:16 he posted “My last night as an airman…. ask about me later and hear my story… you wud b surprised..” 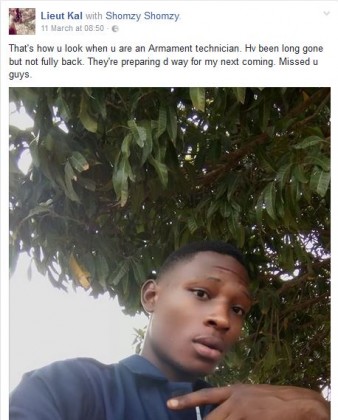 That’s the exact time Kalu shot Oladipupo S.A at the Nigeria Army base in Makurdi and who later died at 06:06 at Benue State Teaching Hospital (BSUTH) in Makurdi.

Shola as she is fondly called by her friends died from the gun shot wounds that her boy friend fired at her.

The corpse has been deposited at the NAF hospital mortuary while the accused, Kalu has been arrested and detained at Air Provost Squadron.