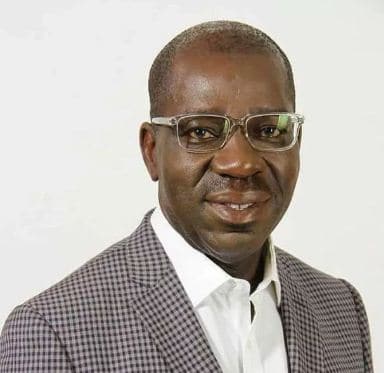 Edo State Governor, Mr. Godwin Obaseki has revealed that Edo state is just as privileged as Lagos state in Sub-Saharan Africa, to access World Bank loans at less than 1% for 20 years, and in some cases, 10 years moratorium.

Governor Obaseki made this known in Benin City, as he dismissed allegations from the opposition Peoples Democratic Party (PDP) that the state was heavily indebted. Also Read; Edo, Delta to give Ogbemudia state burial

The Governor said Edo state has the best profile of debt structure in Nigeria, adding that there is virtually no government or business anywhere in the world that does not have debts.

He, however, revealed that it was salient to borrow with caution, saying, “It (debts) must be managed responsibly or no lender will borrow you money, if they believe that you do not have the capacity to pay”.

A statement from the Office of the Chief Press Secretary to the Governor, Mr. John Mayaki quoted Obaseki saying, “Let us be careful when you have financial illiterates picking figures wrongly and saying Edo state is the most indebted state. You don’t join issues with them and you don’t take them seriously”, he said. Also read; Edo Hails President Buhari’s Self-Sufficiency Initiative

Continuing, he said, “You cannot say we are so indebted and yet, we are able to pay salaries, we are able to pay our contractors and we are able to run our services. You also need to look at who is saying what, and what the motivation is. If we expose the evil they perpetuated in their era in government…. We could show you how they collected N4 billion from four banks and that money never came into the government coffers, but went into private accounts; the documents are there.

“Take a look at all the companies they set up when they were in government, they all failed. So, does it make sense to put money in business? It is not government’s job to run businesses, but that of those in the private sector, who can take the risk. I don’t believe that we should spend taxpayers’ money on things individuals can do better than government can do”.