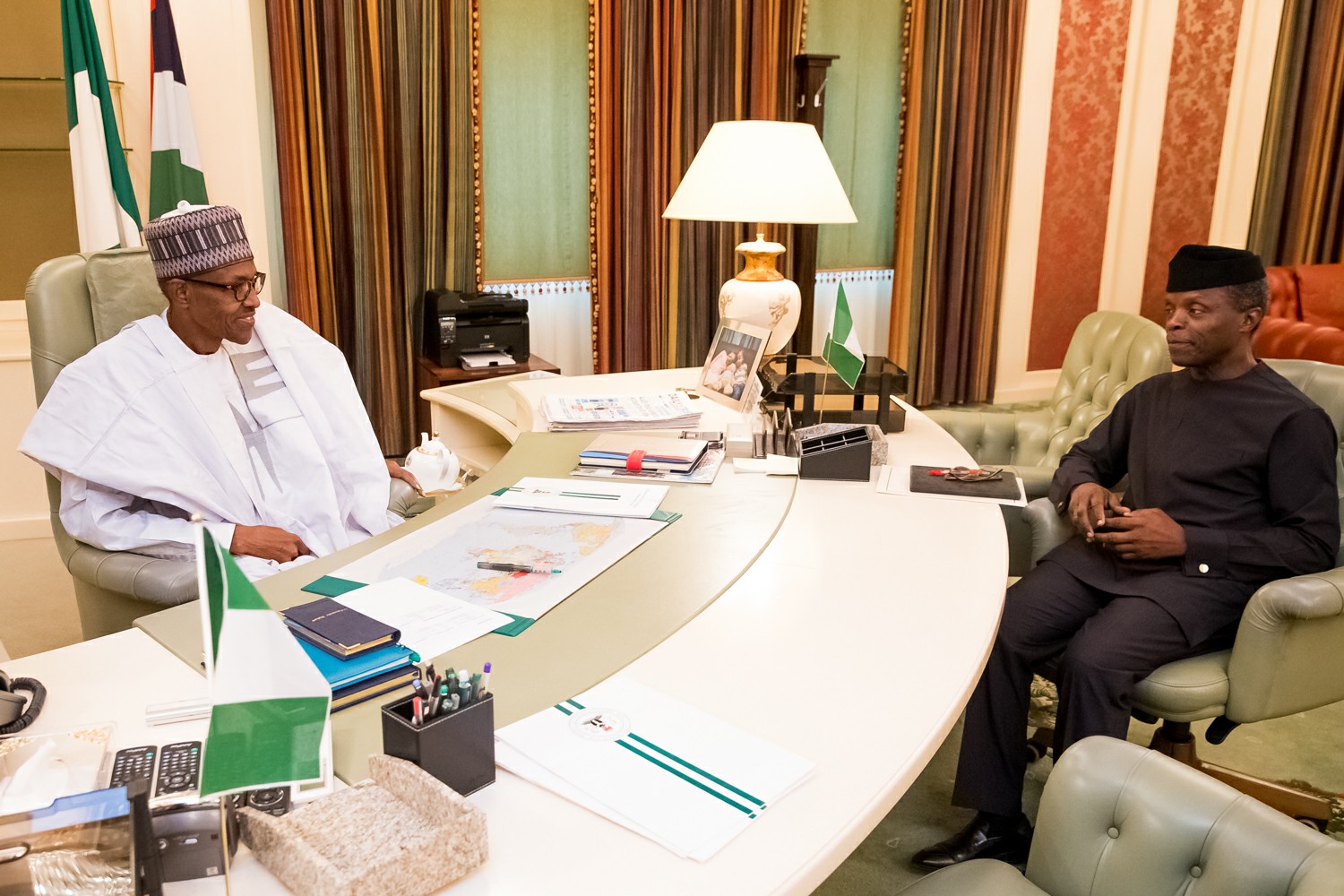 Laolu Akande, Abuja: Comments made by vice president yemi osinbajo SAN, after handing over power to president muhammadu buhari this morning and was accosted by state house correspondents with questions.

Q: Can you confirm if the president is fully ready for work?

VP: He is doing very well, he is in his office and we just had a meeting, a very long meeting.

We are basically trying to bring the President to speed on some of what has been done while he was away and he has given a few directives on what we should be doing in so many different areas; the Northeast, the budget, the economy, quite a range of issues. We just had a meeting for over an hour and his readiness for work isn’t in doubt at all.

Q: Are you now back to your position as Vice President?

VP: I’m back to my regular position as Vice President.

Q: Was the president satisfied with your performance as Acting President?

VP: I think the President was reasonably satisfied with the way I acted. I think so. I think one thing that we must recognize is the way this administration works, it has always been that of team work.

There is very little that is done without the President’s clearance and endorsement, so generally speaking, even with some responsibilities that are mine constitutionally, we always have full discussions and agreements on them, and in some cases there is delegation. But by and large, I practically discussed practically everything fully with him while he was away and I had his endorsements before we were able to go on and do what we did.