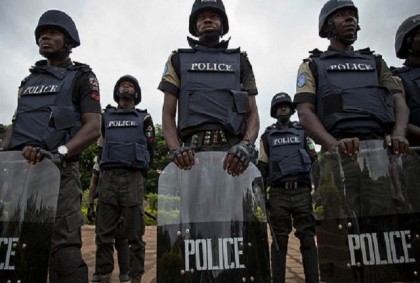 Thirty three suspects are now in police custody in connection with the recent unrest in Ile ife, Osun state. The inspector general of police, Ibrahim Idris has also deployed a police special intervention force in Ile-Ife to restore lasting peace the area.

The team is led by the commissioner of police in charge of PMF, force headquarters, Abuja. Their operations will cover the entire Ile-Ife and environs, and other flash/trouble spots in Osun state.

The action is as a result of the unfortunate ethno clashes, disturbance of public peace and mayhem that occurred in Ile-Ife, Osun state on the 8th of march, 2017 which resulted in the loss of innocent lives, destruction of properties worth millions of Naira, and the need to put an end to this crisis,

The personnel of the police special intervention force will carry out twenty four (24) hours surveillance and patrol, stop and search; continuous raids of identified criminal hideouts and black spots4.  The joint investigation team made up personnel of force criminal intelligence and investigation department, (FSARS), sip and Osun state police command (CIID) headed by an experienced commissioner of police under the supervision of deputy inspector general of police (FCIID) are already in Ile-Ife and have succeeded in arresting the arrow-head and principal suspect including some of his thugs that caused the death of most of the innocent victims.”

Furthermore, the statement revealed that the Police Special Intervention Forces are already on the ground working in synergy with the Osun State Police Command to ensure that total peace and normalcy is restored and sustained in Ile-Ife and environs.

“To achieve success in the operations, the Force will be proactive and strict in the enforcement of its mandates, Police standard operations procedures and rule of engagement. The Force will ensure the full enforcement of the curfew imposed on Ile-Ife and environs by the Osun state government.

“The deployment of the personnel will equally cover communities, towns, villages, vulnerable points, Government and private infrastructures and facilities in Ile-Ife and environs.

and have succeeded in arresting the arrow-head and principal suspect including some of his thugs that caused the death of most of the innocent victims.”