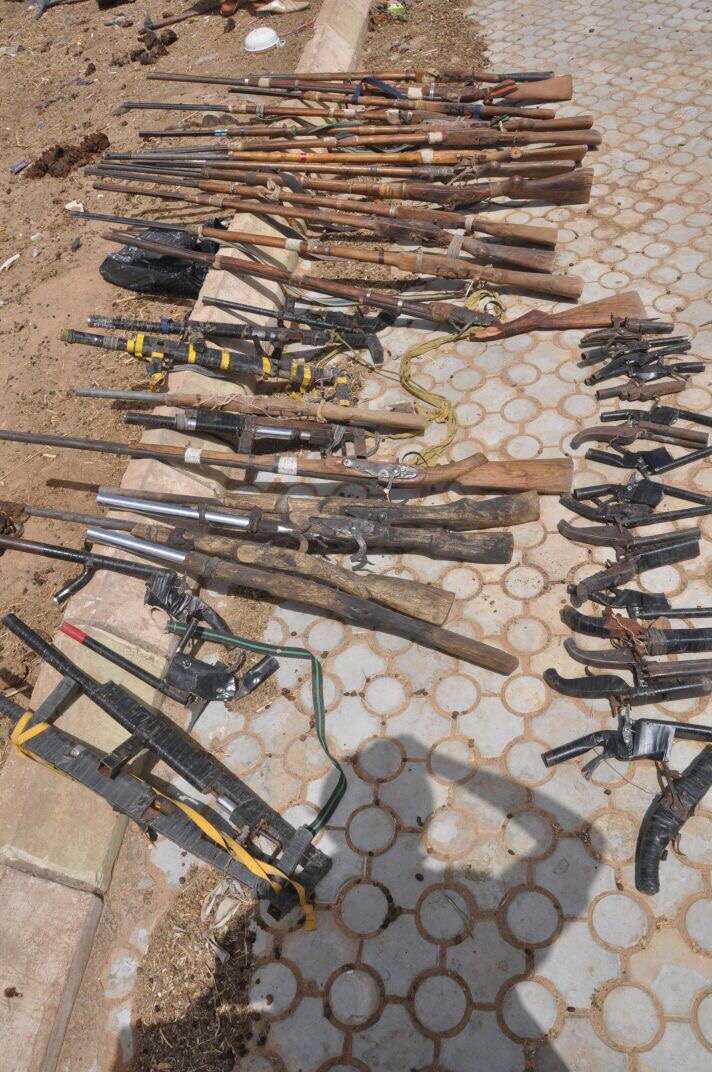 SK Usman, Abuja: The disarmament efforts to cattle rustlers and armed bandits spearheaded by Zamfara State Government and 1 Division Nigerian Army has been yielding fruitful results as more of such persons surrender their arms and other dangerous weapons in Zamfara State.

After the disarmament, weapons were handed over to 223 Battalion of 1 Division Nigerian Army, in the presence of some Zamfara State government officials and representatives of various Security Agencies in the State.