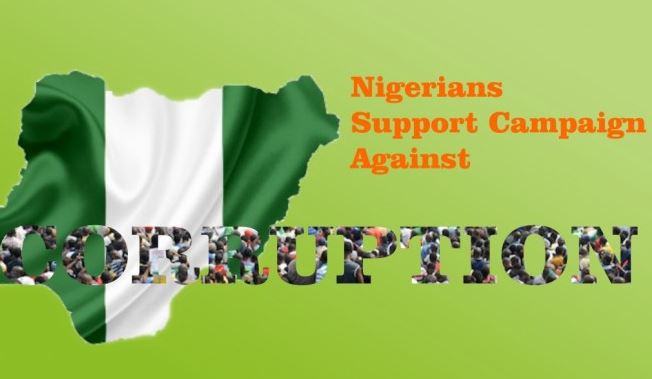 Stakeholders committed to the fight against corruption in Nigeria have commenced the harmonization of the National Anti-Corruption Strategy Documents as part of measures to strengthen the Buhari administration’s anti-graft war.

The harmonization process is coordinated by the Ministry of Justice in conjunction with the Presidential Advisory Committee Against Corruption (PACAC) with other stakeholders drawn from Civil Society Organisations, professional bodies as well as representatives of key government agencies.

In his remark at the stakeholders consultative forum in Abuja on Tuesday, the Solicitor-General of the Federation and Permanent Secretary, Ministry of Justice, Mr Taiwo Abidogun said, the event was aimed at harmonization of all working documents on anti-corruption into a single National Anti-Corruption Strategy.

READ: Resist and Reject Any Attempt To Disrupt Peace and Tranquility

He said adopting a single strategy document was in line with the agenda of the present administration on corruption and related matters.

According to him, “one of the cardinal objectives of the current President Muhammadu Buhari administration to fight corruption in all its ramified manifestations including adopting effective preventive measures against corruption, recovery of stolen assets and putting in place systems and processes to profitably manage the stolen and recovered assets.’’

Abidogun said President Buhari had demonstrated an unwavering commitment to curb the menace of corruption in the country.

He said: “the current administration has made the fight against corruption and the restoration of integrity in governance a priority.

“This is made manifest in the President’s commitment at the May 2016 Anti-Corruption Conference; the setting up the Presidential Advisory Committee against Corruption; establishment of the National Prosecution Coordination Committee (NPCC).

“Others include the re-submission of two key anti-corruption bills: the Mutual Legal Assistance in Criminal Matters Bill and the Money Laundering (Prohibition and Prevention) Bill to the National Assembly for expedited consideration; the ongoing review of both the Nigeria Financial Intelligence Agency Establishment Bill, and the Proceeds of Crime Bill; the commitment to prosecute corrupt public officials; the recovery of looted public funds; and the development of various justice sector reform initiatives.’’

He said concentrating the various efforts and strategies would enhance the way the present administration approached issues relating to corruption.

Owasanoye said focus of stakeholders, going forward, would be on exploring areas in the harmonized strategy document to prosecute the anti-graft war as well as assess the performance of the various agencies of government involved the campaign.

He expressed hope that the new harmonized strategy document would inject renewed vigor in the nation’s fight against corruption.

The harmonized National Anti-Corruption Strategy Document is expected to be ratified by stakeholders before presented to the Federal Government for adoption.